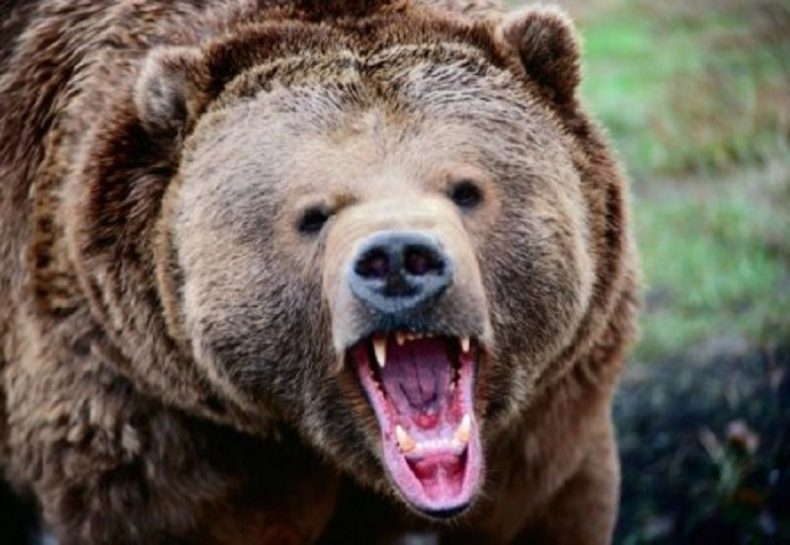 September 9, 2019 9:02 am 0
To Hell With 2020 Starting With COVID and Ending With Trump
Trump Wields Twitter Like Hitler Wielded the SS
Why Latinos Really Voted for Donald Trump

Following Vladimir Putin’s meddling in U.S. elections, the more we look at what is happening inside Russia today, the more it looks like Putin poked a hibernating Grizzly bear.

As of Elections 2016 results, the United States is all business when it comes to Putin. With the exception of our dumb President who keeps hoping he can build a Trump Tower in Moscow if he only could arse-kiss the wolf roaming inside the Kremlin long enough.

Until Vladimir Putin invaded the Crimea, during Barack Obama’s era, the U.S. viewed Russia differently. Today, Russia is an enemy it needs to stop, not just monitor. After the pathetic era of Obama, in which his most avid supporters questioned his response to Russian aggression, it seems like Putin is now facing the wrath of a big brown, pure-blood American Grizzly. And this bear is hungry for revenge.

In the spy-craft industry, much remains below radar. Rare are those moments the general public becomes privy to the va-et-vient duel between the U.S. and Russia. Much of it dating back to the Cold War. What happens at Langley certainly stays at Langley. But that does not mean that circumstantial signs are not emerging to indicate that something is afoot.

The best way to keep our enemies from harming our interests is to turn their attention inward. Inside their borders. The more Vladimir Putin has to worry about his own people, the less likely he will have the time and bandwidth to cause us more harm during the 2020 elections. One that looks more and more like Trump needs him to tip the balance in his favor. Once again. Luckily, more independents realize they have elected a 4-year old to run the country.

A month ago, some 60,000 Muscovites went into the street to protest the Kremlin’s prohibiting some independent officials from running in local elections. The sheer number of protesters was the largest since 2011. Without any doubt, this was a protest against Vladimir Putin and his tight hold unto everyday matter in Russia. There is no proof that our Intelligence services had a hand in encouraging domestic unrest against Putin, but it would not surprise us if they had. Putin poked the Grizzly bear after all.

Yesterday, Russia finally held the elections to the Moscow City Duma. AP summarized the results in one sentence:

The party of Russian President Vladimir Putin has suffered big losses in Moscow elections as candidates endorsed by his arch-rival won almost half the seats, authorities said Monday.

In the Far East, however, they [Putin’s United Russia Party] suffered a crushing defeat. The Liberal Democratic Party won all but one seat in the Khabarovsk City Duma and dominated in several other local elections including the mayoral vote.

After these election results, Putin must turn his attention inward. Lest he wants to erode whatever support he musters in Russia. Hopefully, we interfered in his election the way he interfered in ours.

We believe more bad news is coming Putin’s way. He has barged on the international scene as a shirtless villain, and the hunters have gathered, strategized, and are actively seeking to land their crosshair on his bare chest. What plans have the U.S. constructed to defeat Vlad is anybody’s guess. What is going on in cyber warfare is a mystery.

One thing for sure, Vladimir Putin has poked this vicious big Grizzly bear, which is now pursuing this Russian-nobody to mangle and spit.

At least, we hope so.

John Bolton Revelations Show the Red States Have Elected a Gangster
Has Trump Turned on Israel With Syria Exit?
Trump the Godfather and His Consigliere Barr
Elections 2020 56 Opinions 1017 Putin Propaganda 73