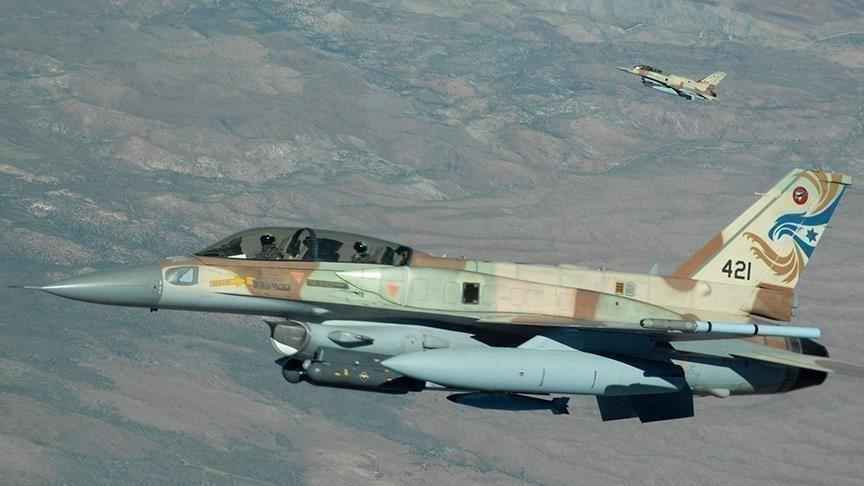 Israeli warplanes carried out intense airstrikes in eastern Syria early Wednesday, apparently targeting positions and arms depots of Iran-backed forces as the region is on high alert. The attack killed at least 57 fighters and wounded dozens, according to a Syrian opposition war monitoring group. Israel is slowly burning Iran in Syria.

A senior U.S. intelligence official with knowledge of the attack told The Associated Press that Israel carried out the airstrikes with intelligence provided by the United States — a rare incidence of publicized cooperation between the two countries over choosing targets in Syria. The official said the strikes targeted a series of warehouses in Syria that Iran was using a pipeline to store and stage its weapons.

The U.S. official, who requested anonymity to speak about the matter, said U.S. Secretary of State Mike Pompeo discussed Tuesday’s airstrike with Yossi Cohen, chief of Israel’s spy agency Mossad, at a public meeting in the popular Washington restaurant Café Milano on Monday.

The warehouses also served as a pipeline for components that support Iran’s nuclear program, the official said. There was no immediate comment from Iran.

Syria’s state news agency SANA said the strikes hit areas in and near the towns of Deir el-Zour, Mayadeen and Boukamal along the border with Iraq. An unnamed military official said Syrian air defenses responded to the incoming missiles. It gave no further details.

A Syrian opposition war monitoring group reported at least 18 strikes in Deir el-Zour and along the border with Iraq, saying Israel hit several arms depots. The attack also killed 14 Syrian troops, and the rest were Iran-backed fighters including 16 Iraqis and 11 Afghans. Dozens were wounded.

The death toll could not be independently verified. If confirmed, it would make it one of the deadliest Israeli strikes in Syria over the past 10 years.

Omar Abu Laila, a Europe-based activist from Syria’s eastern Deir el-Zour province who runs an activist collective that reports on news in the border area, said:

He recorded at least 16 targeted buildings, warehouses or bases for Iranian, Lebanese and Iraqi militias in the towns of Boukamal, Mayadeen and Deir el-Zour.

Israel has launched hundreds of strikes against Iran-linked military targets in Syria over the years but rarely acknowledges or discusses such operations.

The Observatory said it recorded 39 Israeli strikes inside Syria in 2020 that hit 135 targets, including military posts, warehouses or vehicles. In those attacks, Israel killed at least 217 people, mostly Iranian-allied militiamen, according to the Observatory.

The strikes come at a time of heightened tension in the region in the shameful final days of President Donald Trump’s administration.

The Israeli military has been on a high level of defensive alert, and according to Amos Harel, a prominent Israeli military affairs correspondent, an aerial defense battery of Patriot missiles was deployed in Israel’s southern seaport of Eilat. Writing in the newspaper Haaretz, he said an exceptionally large presence of fighter planes has been in the skies over the country for a considerable portion of the day.

The strikes also come amid intensifying low-altitude Israeli warplane missions in Lebanese because Hezbollah is violating the 2006 U.N. resolution that bars it from building up its military capabilities and operating near the Israeli border.