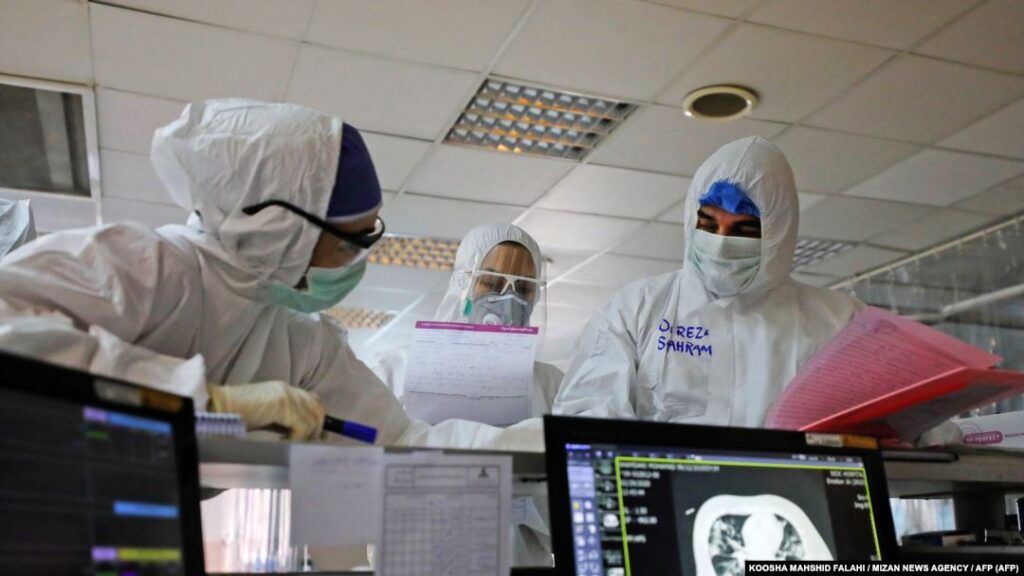 How The Miscreants Ruling in Iran Neglect Their People

It’s pandemic, among authoritarian regimes, the treatment they afford those they rule by brute force. Be it in Venezuela, Syria, North Korea or Iran. In the latter country, its government announced that 10,000 of its health work force are infected with COVID-19. How the miscreants ruling in Iran neglect their people in favor of invading other countries.

Had the Mullahs turn inward to build a better health care system instead of a range of missiles to rain down on other countries, their people would be far safer and more prosperous. But these evil Ayatollahs live in religious symbolism and misinterpretations, tall storytelling, and debunking reality in favor of heavenly heroism. That’s what losers do. They act up, whip up, agitate and arouse themselves over meaningless words.

Reuters published an article in which it confirmed that 10,000 Iranian health workers, according to ILNA news agency, have fallen victims to the disease.

In its article, Reuters wrote:

Health services are stretched thin in Iran, the Middle East country hardest hit by the respiratory pandemic, with 7,249 deaths and a total of 129,341 infections. The Health Ministry said in April that over 100 health workers had died of COVID-19.

Ironically, the Mullahs’ obsession with Israel is slowly destroying their own country, not Israel. Israel is doing great! That’s Mohamadian Shakespeare for the thoughtful

With those degenerate criminals ruling Iran, the state policies have been to export death and destruction across Arab countries in order to rule from Tehran to Lebanon by building an empire whose medieval pillars include killing people, starving them to death, and raping their women. Iran is going through the 1,400’s European phases as far as civilizations go.

Ever since President Obama has opened the door for Iran to invade the Arabs and threaten Israel, nothing but one disaster after another. Come count them with us:

HOW THE MISCREANTS RULING IRAN NEGLECT THEIR PEOPLE

Not to digress, but, inevitably, when a country spends the better part of its resources on international misguided adventurism, as Iran has, its own people suffer the consequences. And for what! All in pursuit of a goal whose reach is way out of Iran’s league, which is the destruction of Israel. Ironically, the Mullahs’ obsession with Israel is slowly destroying their own country, not Israel. Israel is doing great! That’s Mohamadian Shakespeare for the thoughtful.

Watch this very short video of Iranian children suffering from the coronavirus as their armies stomp on Arab lands. Had the country been more prepared to save their own than to kill others, these children would be playing outdoor instead.

Back in March, Radio Free Europe published an article detailing the complaints Iranian health workers were lodging against their government for lack of materials to combat the virus. Their nurses ran out of N-95 masks in the middle of the pandemic. When a country pays more attention to its missile programs, while running a third-world economy, its people suffer the consequences.

Never mind telling this to Khamenei. That old man believes he holds the key to Heaven, which works only if he stains his hands with the blood of others.

How The Miscreants Ruling in Iran Neglect Their People