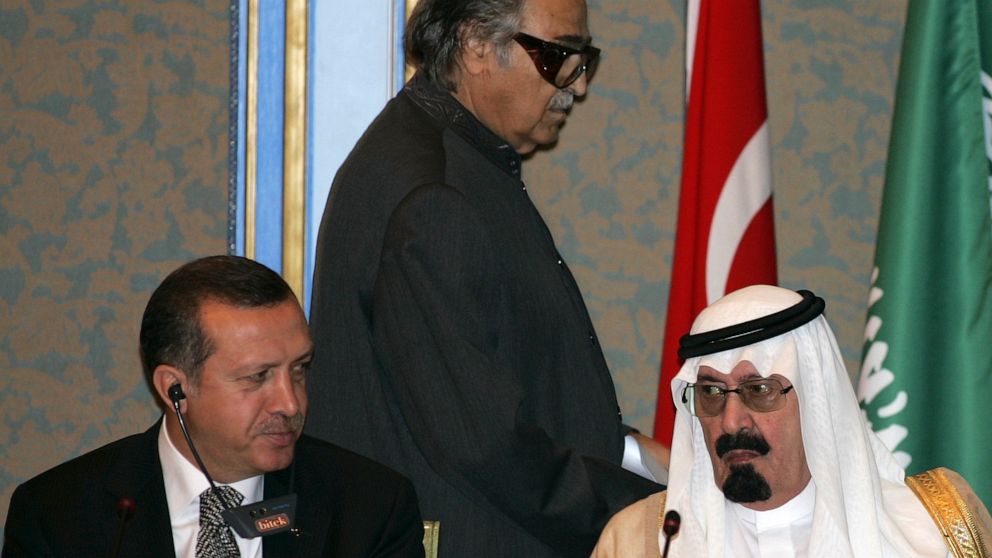 Saudi Billionaire Who Facilitated the Rise of Bin Laden Dies

Saudi billionaire who facilitated the rise of Bin Laden dies at the age of 79. Businessman Saleh Abdullah Kamel founded the banking and real estate conglomerate Dallah Albaraka Group, and its Hawallah system, a form of untraceable Western Union, which al-Qaida used to fund 9/11. He was known, in tight circles in Saudi Arabia, to support fully the Wahhabi ideology and its hate for anything foreign.

People close to Kamel told The Associated Press he died at the Dr. Samir Abbas Hospital in the city of Jiddah after suffering a heart attack early on Tuesday.

Kamel’s business empire grew from its humble beginnings in the late 1960′. It was during the same time that the kingdom was using its oil wealth to rapidly develop and in need of homegrown companies to build roads, highways and cities.

His life, however, was not without controversy. Following the 9/11 attacks, the families of the 9/11 victims sued him and other prominent Saudi businessmen on charges of financing the attacks. The U.S. District Court of New York dismissed the suit in 2005.

The Wall Street Journal had reported at the time that U.S. intelligence and counter-terrorism officials had information linking the Dallah Albaraka Group to al-Qaida members’ transactions. However U.S. officials gave no indication that Kamel or his son, Abdullah, knowingly aided al-Qaida or other militant groups. Kamel kept enough distance from to insure plausible deniability.

Although he hailed from western Saudi Arabia, Kamel was a staunch central Najdi Wahabbist. Wahhabism is an extreme form of Islamic practice that holds its followers accountable to 7th century teachings and lifestyle.

Kamel was also reportedly swept up in Crown Prince Mohammad bin Salman’s (MbS) anti-corruption purge in 2017. The unprecedented shakedown saw MbS detain the country’s top princes and businessmen at the Ritz-Carlton in Riyadh. Their imprisonment ended upon many signing over billions of dollars in assets to MbS. The secret sweep helped MbS consolidate power. International rights groups criticized it widely.

It may have netted him up to a $100 Billion personally.

Most likely, President Trump Tweet about Mohammad bin Salman’s sweep saying “He knows what he is doing” emanated from the fact MbS sold his shakedown to the U.S. as sidelining the old Wahhabi guard like Kamel.

Kamel’s son Abdullah Kamel told the state-linked Okaz newspaper that funeral prayers will be held Tuesday afternoon in Mecca’s Grand Mosque. The Mosque has been closed to visitors amid the coronavirus pandemic.

Saudi-owned Al-Arabiya TV network said Kamel, who was born in Mecca but based in Jiddah, was instrumental in helping build many of the kingdom’s ports and major projects. He served on numerous boards and was the chairman of the General Council for Islamic Banks and the Jiddah Chamber of Commerce. He once owned a significant stake in Saudi broadcaster MBC, which owns and operates Al-Arabiya.

Al-Arabiya dubbed him “the father of contemporary Islamic finance”.

Saudi Billionaire Who Facilitated the Rise of Bin Laden Dies