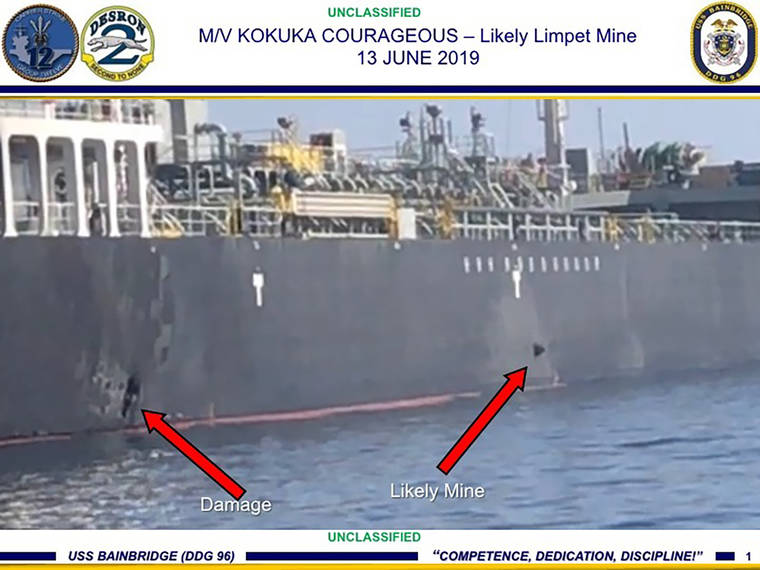 The More Trump Seeks Dialogue, the More Violent the Mullahs

President Donald Trump has blamed Iran for attacks on oil tankers near the strategic Strait of Hormuz. Simultaneously, Trump also asked Iran to get back to the negotiating table. The more Trump seeks dialogue, the more violent the Mullahs get.

The president held out hope that implicit U.S. threats to use force will yield talks with the Islamic Republic as the Pentagon considers beefing up defenses in the Persian Gulf area.

Iran did it … They’ve been told in very strong terms we want to get them back to the table.

Just a day earlier, the president took the opposite view, tweeting that it was “too soon to even think about making a deal” with Iran’s leaders. “They are not ready, and neither are we!”. But without an action against the Mullahs, the violence will continue.

THE MULLAHS OWN TRUMP

Iran owns Trump because of his incapacity to act against the Mullahs’ terror. The Mullahs own Trump at this point because he is incapable of acting against their terror.

For evidence, the U.S. military released video that showed Iran’s Revolutionary Guard removing an unexploded mine from one of the oil tankers targeted near the Strait of Hormuz. According to the U.S. military, it showed Tehran wanted to cover its tracks.

By pointing the finger at Iran, Trump was keeping a public spotlight on an adversary he accuses of terrorism but also has eagerly invited to negotiate. Pressure without punishment for violence is tantamount to inviting the enemy to commit more violence. The approach is similar to Trump’s failures in North Korea; except that Iran is about small sabotage activities, not ballistic nuclear missiles. North Korea’s capacity for terror is quite limited. Not so for Iran.

IRAN’S VIOLENCE WILL NOT ABATE

In fact, Iran has shown little sign of backing down, which demonstrates how fallible the president’s approach is. The more Trump seeks dialogue, the more violent the Mullahs.

A U.S. Navy team on Friday was aboard one of the tankers, the Japanese-owned Kokuka Courageous, collecting forensic evidence, according to a U.S. official who spoke on condition of anonymity to discuss a sensitive operation.

Apparently alluding to the U.S. video, Trump said Iran’s culpability had been “exposed.” He did not say what he intended to do about it but suggested “very tough” U.S. sanctions, including efforts to strangle Iranian oil revenues, would have the desired effect.

It is just talk with no action, which is as good as a green light for Iran to continue terrorizing.

The More Trump Seeks Dialogue, the More Violent the Mullahs