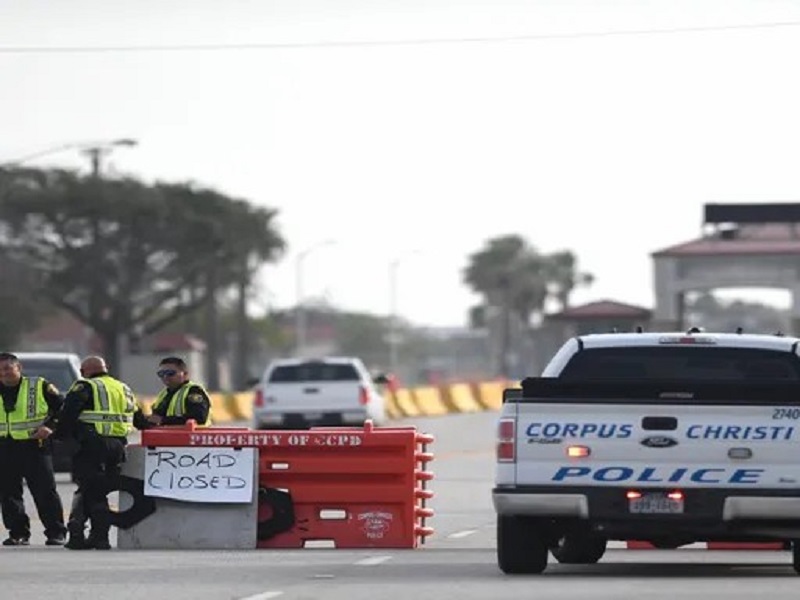 Syrian-American Stands Accused of Terrorism on US Soil

May 23, 2020 7:49 am 0
The Opportunists the Helpless and the Weak
How Washington Turned Iran into a Powerhouse
A Shameful History of UAE Detaining and Torturing People

Federal law enforcement officials have identified the suspect killed at the scene of Thursday’s “terrorism-related” shooting at a U.S. naval air base in Texas as 20-year-old Adam Aalim Alsahli. For the first time, a Syrian-American stands accused of terrorism on US soil.

In the Thursday morning attack, the gunman opened fire at Naval Air Station Corpus Christi, wounding one sailor and a member of the base security force. The FBI said that Alsahli was the only person killed in the attack.

The FBI confirmed to Reuters the suspect’s name and age in an email, and then tweeted it. The agency did not release any further official information about the suspect or his family.

The video below shot at the gate shows the extent of fire exchange at 6:15 am Thursday.

A U.S. law enforcement official familiar with the investigation said Alsahli was a native of Syria who held U.S. citizenship.

On his Facebook page and Twitter account, SITE Intelligence Group uncovered many references to supporting religious extremists. Alsahli attended a university in Saudi Arabia the birthplace of al-Qaida. Go figure our support for this hostile country.

1) #AlQaeda spotlighted gunman behind Dec. 2019 #PensacolaAttack in 4th issue of “One Ummah” mag. It specifically addressed the FBI investigation into Shamrani’s iPhone, announced just 4 days ago, showing a remarkable turn around capability for AQ media.https://t.co/JtuWeC74bF pic.twitter.com/CK6AqpjUju

FBI agent Leah Greeves said on Thursday that the agency is treating the incident as “terrorism related”. However, official details about the circumstances of the attack remained scant.

The New York Times quoted a base spokeswoman as saying a man in a vehicle approached the Base gate. He began firing at a guard that he injured, but managed to activate a “final denial barrier” that prevents entry. Base personnel returned fire, which “neutralized,” the gunman, the spokeswoman told the Times.

Greeves said on Thursday that authorities were searching for “a potential second related person of interest”. That person remained at large in the community. A law enforcement official said that as of Friday afternoon, authorities had no updated information to release about the possible second suspect.

The Justice Department said it is analyzing the electronic media it found at the scene as part of the investigation.

Syrian-American Stands Accused of Terrorism on US Soil