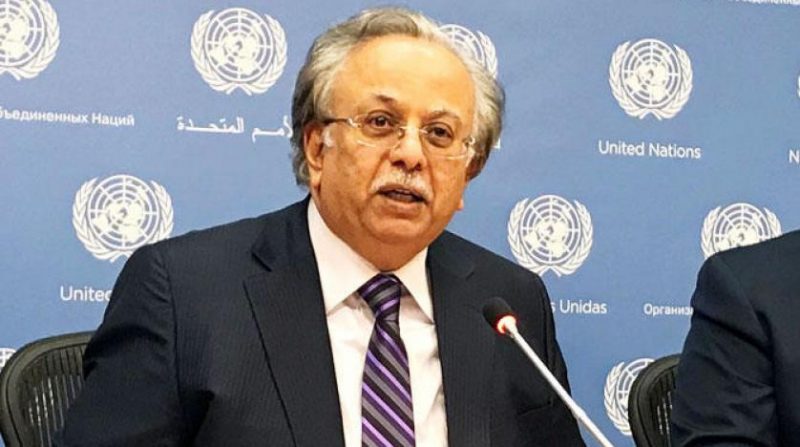 Saudi Arabia Tells World to Mind Its Own Business

There are moments in civilizational history one cannot ignore. Doing so comes back to haunt humanity. Such moment happened at the United Nations yesterday when Saudi Arabia tells world to mind its own business.

Saudi Arabia asserted that principles of multilateralism, diplomacy, mutual respect and non-interference in the internal affairs of other countries were all well-established principles in Saudi Arabia’s international relations, based on the Kingdom’s Islamic faith and commitment to the three pillars of the UN Charter, namely sustainable development, peace and security, and human rights, according to UN Ambassador Abdullah al-Mouallimi.

Does that mean we should have never interfered to save the Jewish people from the clutches of Nazism? Does that mean the United States has no right to interfere when Mohammad bin Salman ordered the killing of Jamal Khashoggi and his dismemberment?

Why then is Mohammad bin Salman interfering in our own internal affairs by lobbying through White House officials?

The statement by Ambassador Al-Mouallimi is an ominous sign. It means whatever MbS has in store for his opponents, which is anyone that does not agree with him, may be far worse than what we have witnessed so far.

One of the reasons ISIS rose to prominence is because we ignored the Assad violence. It gave extreme Muslims the excuse to become the savior.

Men of extreme violence begets a steady effect. That of other men responding to violence with worse violence.

If the United States policy is to see Muslim countries simply slide into oblivion, then we are doing the right thing by backing relentlessly brutal dictators. But if the United States wants to see the region eventually rise from its deprecation, then we are shooting ourselves in the foot. One of the reasons ISIS rose to prominence is because we ignored the Assad violence. It gave extreme Muslims the excuse to become the savior.

The acting U.S. Ambassador to the United Nations Jonathan Cohen must respond to this declaration of war on the Saudi people. the MbS government just called multilateralism. How does becoming witnesses to atrocities serve our interests? It only spreads more hate.

Saudi Arabia Tells World to Mind Its Own Business