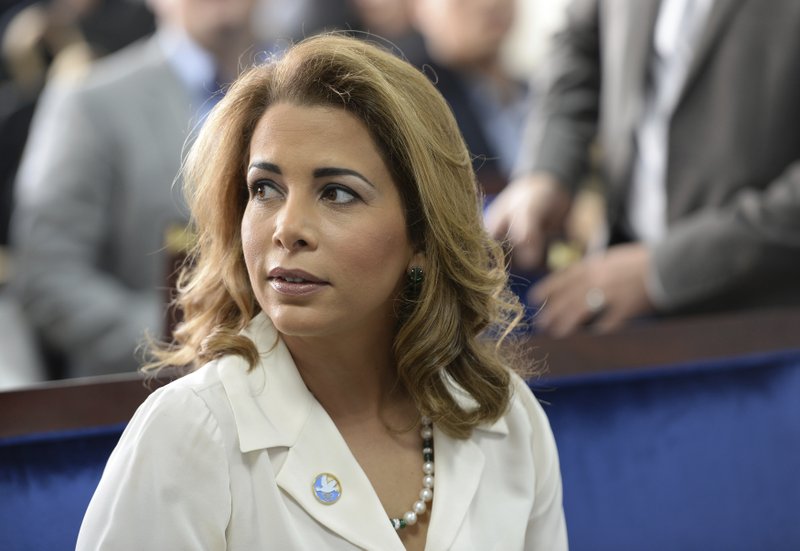 March 8, 2020 4:07 am 0
Saudi Arabia Kangaroo Court Exonerates the Guilty
The Little Fart Mohammad bin Salman
The Opportunists the Helpless and the Weak

The Dubai Maktoum ruler threatened estranged wife during a long campaign of fear and intimidation. He also ordered the abduction of two of his daughters, a British judge ruled in documents the U.K. Supreme Court unsealed on Thursday.

A judge at the High Court in London found that Sheikh Mohammed bin Rashid Al Maktoum, 70, “acted in a manner from the end of 2018 which has been aimed at intimidating and frightening” his ex-wife Princess Haya, 45.

Judge Andrew McFarlane also said the sheikh “ordered and orchestrated” the abductions and forced return to Dubai of two of his adult daughters from another marriage: Sheikha Shamsa in August 2000, and Sheikha Latifa in 2002 and again in 2018.

The judge made rulings in December and January after a battle between the estranged spouses over the welfare of their two children; however, Maktoum fought to prevent them from being made public. The U.K Supreme Court quashed that attempt on Thursday.

A REAL PRINCESS AS OPPOSED TO A SIMPLETON BEDOUIN

Princess Haya, daughter of the late King Hussein of Jordan, married the Dubai ruler in 2004. She became his second official wife, the court said. Sheikh Mohammed also has several unofficial wives. The couple have a daughter, Jalila, 12, and 8-year-old son Zayed, the youngest of the ruler’s 25 children.

The late Hashemite King Hussein is a direct descendant of the Prophet Mohammad. The Hashemites ruled today’s Gulf region to include Syria and Iraq in the 1920’s. Sheikh Maktoum’s pedigree, on the other hand, is that of a rootless Bedouin.

In April 2019, Princess Haya fled the Gulf emirate with her children. She had become terrified of her husband’s threats and intimidation.

The threats continued after the princess moved to London, the judge said, adding that the sheikh had used the apparatus of the state “to threaten, intimidate, mistreat and oppress with a total disregard for the rule of law.”

In May 2019, Sheikh Mohammed launched legal action, seeking the children’s return to Dubai; while Princess Haya asked for the British court to become their wards and stay in the U.K.

The sheikh later dropped his bid to take the children back to Dubai, and fought unsuccessfully to prevent the court issuing a fact-finding judgment on his wife’s allegations.

The judge found that Haya’s allegations about the threats and abductions met the civil standard of proof on the balance of probabilities.

FROM ONE BARBARIC BEDOUIN TO ANOTHER

Princess Haya also said that Sheikh Mohammed had made arrangements for Jalila — then aged 11 — to marry the Crown Prince of Saudi Arabia, Mohammed bin Salman. The judge said the hearsay evidence for that allegation fell “well short of the required standard” of proof. Mohammad bin Salman ordered the killing of Jamal Khashoggi, a Saudi citizen and journalist for the Washington Post.

Sheikh Mohammed, who is also vice president and prime minister of the United Arab Emirates, is popular at home. He has, however, faced criticism abroad following reports that his daughter Latifa tried to flee the country. The Sheikh forcibly returned her.

McFarlane supported the allegation that “on two occasions in June 2002 and February 2018, the father ordered and orchestrated the forcible return of his daughter Latifa, now 35, to the family home in Dubai. In 2002 the return was from the border of Dubai with Oman, and in 2018 it was by an armed commando assault at sea near the coast of India.”

The judge said Maktoum ordered the abduction of Shamsa, now 38, from the streets of Cambridge. The judge added that Shamsa “has been deprived of her liberty for much if not all of the past two decades.”

Haya, a graduate of Oxford University, is also a keen equestrian and competed in show jumping for Jordan at the 2000 Sydney Olympics. She was a two-term president of the International Equestrian Federation and an International Olympic Committee member.