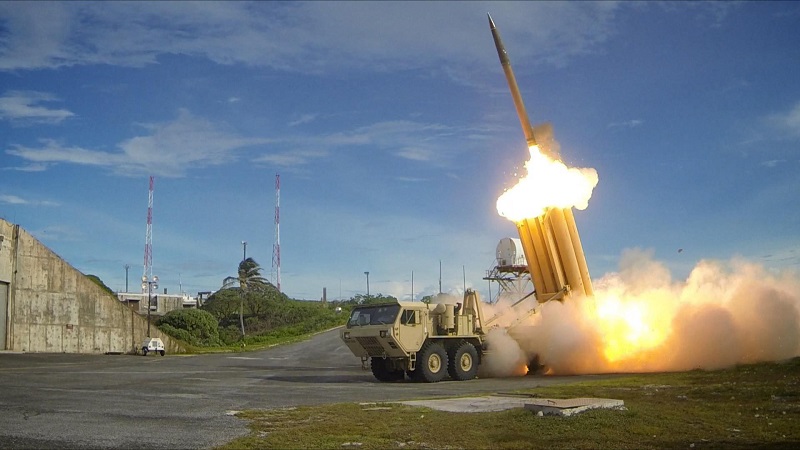 Mohammad bin Salman Gets a Taste of American Power

April 9, 2020 7:59 am 0
Iran must withdraw occupying forces from Syria
Hezbollah is Threatening Lebanese Journalists for Covering Protesters
No Relief for Lebanon Unless Michel Aoun Resigns

Republican U.S. senators who have introduced a bill that would remove U.S. defense systems and troops in Saudi Arabia unless it cuts oil output will hold a call with the kingdom’s officials on Saturday, a source familiar with the planning said on Tuesday. Mohammad bin Salman gets a taste of American power.

The Republican Senators are protecting the interests of American shale oil producers, who have been pumping 19 millions barrels per day representing a 19% of global oil market. Saudi Arabia delivers almost 12 millions barrels per day. With Brent Crude oil selling at above $33 a barrel, many U.S. shale oil producers are closing shop. Inaction might turn the U.S. from an oil exporter to an oil importer.

Indirectly, the action of the Republican Senators help Russia in getting the upper hand in its war with Saudi Arabia over pricing and market share.

Senators Kevin Cramer and Dan Sullivan will hold a call with the officials two days after a scheduled OPEC+ meeting in which Saudi Arabia and Russia are expected to agree an output cut. The two countries have been pumping oil flat out beginning last month in a race for market share.

The senators’ bill would remove U.S. troops, Patriot missiles and THAAD defense systems from the kingdom and put them elsewhere in the Middle East unless it cuts oil output.

The source, who spoke on condition of anonymity because of the sensitivity of the talks, said stabilization of global oil markets would be discussed but had no more details.

Analysts at ClearView Energy Partners said in a note to clients that the senators would likely reiterate their threats to withhold military support.

If there is a deal, we would suggest that Saturday’s conversation could serve to reinforce decisions taken Thursday or Friday. If there’s no deal, the call could potentially catalyze further negotiations.

Saudi Arabia, for its part, could call the US bluff. Because the same Senators do not want Iran to take advantage of a weaker Saudi Arabia. Both sides are playing a very high stakes game that inevitably may increase prices at the pump.

The senators’ legislation faces an uncertain future. Senator James Inhofe, a senior Republican from oil-producing Oklahoma, has said he prefers to pressure Saudi Arabia and Russia by pushing the Department of Commerce to investigate whether they are excessively dumping oil onto global markets.

In addition, the U.S. Congress is not in session until at least April 20; and possibly longer due to the coronavirus outbreak. Taking quick action on the bill seems unlikely.

Threatening the defense relationship with Saudi Arabia, which is vulnerable to attacks from arch rival Iran without U.S. protection, has given the two senators an outsized role in Washington’s campaign to boost oil output.

U.S. oil prices fell more than 9% to $23.63 a barrel on Tuesday; due to swelling crude supplies and weak fuel demand because of the coronavirus. The drop threatens heavily-leveraged U.S. oil companies with bankruptcies and layoffs.

Trump has said he expects Saudi Arabia and Russia to take part in an output cut of up to 15 million bpd. He also said U.S. producers have already cut production automatically as prices have dropped. Reality is the U.S. has cut production because it is uneconomical for shale producers to extract oil at these prices.

The Saudi embassy in Washington did not immediately respond to a request for comment.

Mohammad bin Salman Gets a Taste of American Power