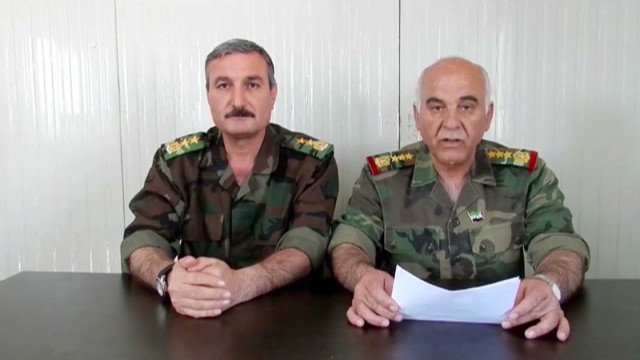 Assad Chances Are Nil due to Dodgers, Defectors, and the Dying

With each defeat the Assad regime experiences on the battlefield, the media has been able to assess their reasons with some accuracy. At the bottom of it all are the dodgers, the defectors, and the dying in the Syrian army making Assad chances to win this war almost nil.

On the dodgers side, the Wall Street Journal had an excellent reportage in an article entitled “Syria Army’s Weakness Exacerbated by Draft Dodgers” highlighted by many examples of young well-off Syrians, most likely Alawites, fleeing Syria to avoid fighting for Assad.

As of late, more draft dodgers have decreased Assad chances of ever winning this war.

Corruption, the Assad regime tolerated and even encouraged to further tyrannize the population, has played a key role in the ease with which dodgers were able to flee the country. With every dollar exchanging hands, Assad chances draw nearer to a nil.

Defections in the Syrian army have been going steady since November of 2011 when many high-ranking officers became the first defectors ever. There are several reasons for defection.

One because the Assad regime pays in worthless Syrian Lira as opposed to the rebels who pay in dollars.

Another is because with every defection, a Syrian army conscript is also able to sell his military hardware to the rebels thus providing more for his family.

The most important reason for defection remains the wide objection of the Syrian army personnel to the Assad atrocities they witness first-hand.

The more ethnic cleansing Assad, with Iran by his side, exact, the more troops defect. At the beginning of the war, the Syrian army was about 70% Sunni. Today, it may be less than 20% if you take into account the attrition and the defections.

Instead of a strong and loyal army, Assad has one fifth of his army suspect at best, Alawite dodgers fleeing the country, and every week hundreds of his troops dying in different parts of the country. Assad has no choice but to rely on foreign fighters coming from Iran, Iraq, Lebanon, Afghanistan, and even Pakistan.

With so many mercenaries, Assad has another problem on his hand.

It matters little how much you tell an Afghani or a Pakistani Shia that he is fighting for his identity when he cannot fathom the danger to his identity fighting people who do not speak his language, nor are they threatening his home on foreign soil.

The incentives are lopsided if you compare a Syrian rebel who witnessed his mother dying from an Assad barrel bomb.

Such dynamic makes the Assad chances of ever winning this war almost nil. No Afghani mercenary will fight as well as a Syrian rebel does. It is just human nature.

Because of those dodgers, defectors, and dying on the field, Assad chances of remaining in power are nil.

Even with Hezbollah fighting by his side, the Lebanese terror organization is under immense duress to recruit for its Syrian campaign as long as more fighters return in body bags. Wait until the Shia mothers of Lebanon take to the street.

Brace yourselves for the next battle. When Assad loses again, the end is around the corner.

Did the Soviets, with all their might and military superiority, defeat the Sunni Islamists in Afghanistan in the 80’s? Neither will Iran and their proxies in Syria in the first part of the 21st century.

Assad Chances Are Nil due to Dodgers, Defectors, and Dying