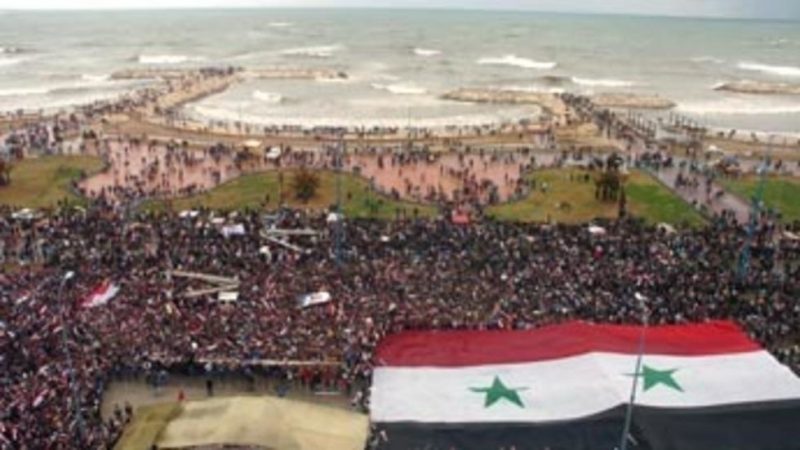 Salute the Alawites Revolting Against Assad

In a new AP story written by Jack Khoury dated October 2 and published by Haaretz, it was confirmed that young Alawites battled Assad supporters in Kordaha, his hometown, after the youth voiced opposition to his rule. Do salute the Alawites revolting against Assad.

As far as we know, this is the first time that tensions between the Alawites flare up in public. They are directly attributed to whether support for the Assad regime should be a subject of discussion or concern to the whole community. Younger and better educated Alawites understand the stakes for a Syria whose future will be erected on sectarian conflicts, total distrust, and a bleeding diversity as a result of the policies of one single and selfish family.

We salute all the Alawites, the Shia, the Christians, and all the other minorities willing to quit on Assad and his thugs to re-build together a better Syria for all Syrians. This is a good sign indeed, and any attempt by Assad to respond to these inner squabbles with violence will only accelerate his demise.

ORPHANS IN A MOVIE ABOUT PARENTING

Syrian Moderate Muslims are fighting the Islamists of the Muslim Brotherhood, the terror of the Iranian extremists, the oppression of the Assad regime, and sometimes the faulty policies of the western world. We have become the orphans in a movie about parenting. So, when voices of the minorities rise with us for the same noble goals, moderate Muslims know there is still hope for the whole region.

We hope that this new generation of Syrian Alawites win the day for Syria. We hope they dismantle Assad regime of terror in favor of more moderate and inclusive policies. Syria can do without Assad dungeons of torture, or his stable of thugs murdering the innocent for power.

Do salute the Alawites standing up to Assad terror. They represent Syria’s future. Period. If they can muster a serious following, a new leader among them may rise. One who will challenge Assad directly. TFS would immediately lend its support to such a moderate leader.

Salute the Alawites Revolting Against Assad