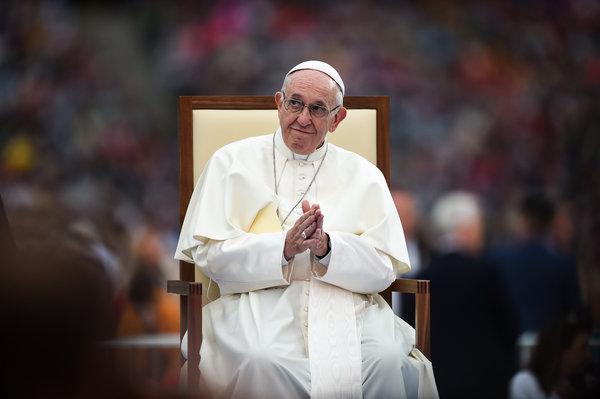 Pope Francis on Sunday appealed to all parties who have influence in Syria to defend human rights in Idlib; he also asked to safeguard the civilian population, which faces an imminent attack by government forces. In reality, Catholic Pope Francis appeals to Orthodox Patriarch Bartholomew I.

The 1054 A.D. East-West schism in Christianity split the Church into Roman Catholics and Greek Orthodox  when Pope Leo III crowned Charlemagne as Holy Roman Emperor in 800 A.D.; thus, ignoring the Byzantine sacrifices in holding the vestige of the faith after the fall of Rome in 476 A.D.

The powerful Greek Orthodox Church in Syria has backed the Assad regime fully although there has been some published information to the contrary that can not be verified independently.

The winds of war are blowing and we are receiving troubling news about the risk of a possible humanitarian catastrophe in Syria, in the province of Idlib. I renew my heartfelt appeal to the international community and all the actors involved to use the tools of diplomacy, dialogue and negotiation to ensure the respect of international human rights and to safeguard civilian lives.

An Imminent Attack on Idlib

A major offensive in the Idlib area risks forcing another 700,000 Syrians from their homes, the United Nations has said. Many of the Syrian refugees would head to Europe causing another dilemma for Europe. A Syrian refugee exodus potentially could help Vladimir Putin popularity among the nationalists rising on the continent.

Syria’s foreign minister said on Thursday government forces would “go all the way” in Idlib. Fears are rising in the West after U.S. intelligence detected Chemical Assad is prepared to use chemical weapons again.

U.S. Secretary of State Mike Pompeo said on Friday the United States viewed a military assault on Idlib as an escalation of the Syrian conflict.