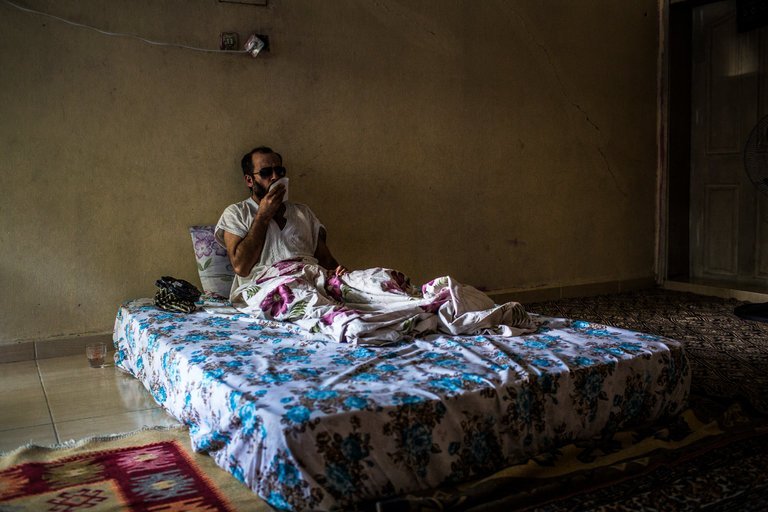 August 25, 2016 9:08 am 0
Assad Kills 60 Civilians in Aleppo
Watch the Alawite Genocide in Syria
Assad Starves Syrians … to Legitimize His Terror

Syrian military helicopters dropped bombs containing chlorine on civilians in at least two attacks over the past two years, a special joint investigation of the United Nations and an international chemical weapons monitor said on Wednesday in a confidential report.

The report also found that militants of the Islamic State in Syria had been responsible for an attack last year using poisonous sulfur mustard, which, like chlorine, is banned as a weapon under an international treaty.

The 95-page report, based on a yearlong investigation, represents the first time the United Nations has blamed specific antagonists in the Syrian conflict for the use of chemical weapons, which is a war crime. Previous inquiries have determined that chemical weapons were used, but did not specify by whom.

A panel of investigators from the United Nations and the Organization for the Prohibition of Chemical Weapons submitted the report on Wednesday to members of the United Nations Security Council. It was not made public, but a copy was viewed by The New York Times.

The panel’s findings further damaged the credibility of Bashar al-Assad of Syria, who, under international pressure, signed a treaty banning chemical weapons nearly three years ago after a horrific attack in which the nerve agent sarin killed hundreds in a Damascus suburb. Assad used Chlorine in bombs against civilians.

The United States has accused Mr. Assad’s forces of responsibility for that attack. Mr. Assad and his subordinates have consistently denied government forces have used chemical weapons in the conflict.

Mr. Assad’s compliance with commitments made by signing the chemical weapons treaty have long been suspect. Although all of Syria’s declared stockpile of dangerous ingredients to make chemical weapons was exported and destroyed, that operation took far longer than expected and raised questions about whether all had been accounted for. The director general of the Organization for the Prohibition of Chemical Weapons has complained in an internal report about misleading statements from Syria and potentially undeclared “chemical-weapons-related activities” there, Foreign Policy magazine reported on Tuesday, citing what it described as a confidential two-page summary of the report.

There was no immediate comment from the Syrian government on the findings in the report submitted to the Security Council on Wednesday. But they could set up a new confrontation at the Security Council between Russia and the United States over whether to impose new penalties on Syria.

The Russians, Mr. Assad’s most important ally, have blocked previous moves by the Security Council to penalize Mr. Assad for brutalities committed since the conflict in Syria began more than five years ago.

The investigators looked at nine attacks over the past few years and were able to determine who was responsible in three of them. The findings, gathered in four visits to Syria, were based on information that included 8,500 pages of documents, 950 photos and 450 videos.

There was sufficient information, the report said, to conclude that the Syrian Air Force had used “makeshift weapons deployed from helicopters” that contained chlorine on the town of Talmenes in April 2014 and the town of Sarmin in March 2015. Both are in the northern province of Idlib.

The report also concluded that the Islamic State was the only entity that could have carried out an attack using sulfur mustard on the town of Marea, north of the city of Aleppo, in August of last year.

The United States and other Western powers, which have long pressed for accountability over the use of chemical weapons in Syria, welcomed the panel’s findings on the three attacks and said they expected the panel to continue work on determining who committed the others.

Samantha Power, the United States’s ambassador to the United Nations, said in a statement that “it is essential that members of the Security Council come together to ensure consequences for those who have used chemical weapons in Syria.”

She called the Syrian government’s use of chemical weapons, as described in the report, “the greatest challenge to the legitimacy” of the Chemical Weapons Convention, which more than 190 nations have signed.

“When anyone — from any government or from any terrorist group — so flagrantly violates the global ban on chemical weapons use without consequences, it sends the signal that impunity reigns,” Ms. Power said.