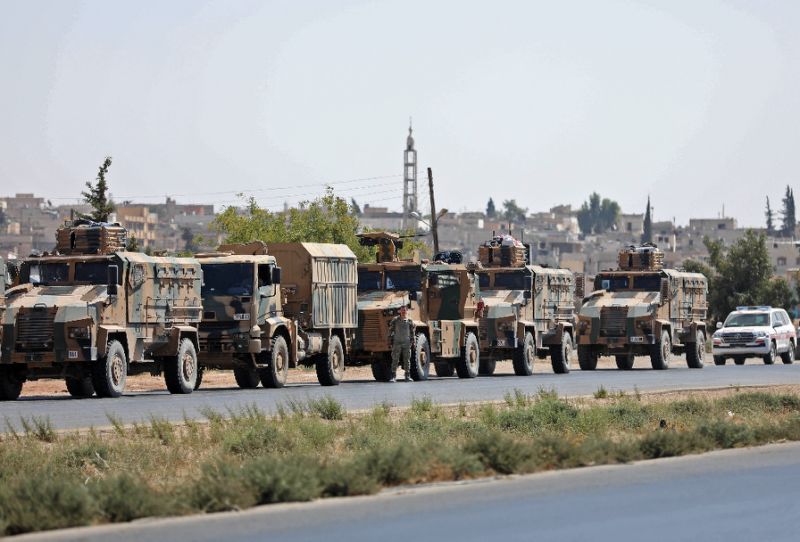 Idlib Mounting Assault is Escalating into War of Words

September 1, 2018 10:16 am 0
Pompeo Gets Assad Control of Syria Correctly
Europe Secret Agreement with the Assad Regime
Obama Will Not Lift a Finger if Assad Gasses Syrians

The Idlib mounting assault against the rebel-held enclave of Idlib is escalating into war of words between the United States, Russia, and to a lesser degree the United Nations.

Russian Foreign Minister Sergei Lavrov said on Friday the Syrian government had every right to chase militants out of Idlib. The problem with these hollow words is that both Chemical Assad and Thug Putin, in the process, bomb children’s hospitals, civilian markets, and whole neighborhood where the ratio of Islamist to innocent civilian ratio is 100 to 1.

Idlib is home to 30,000 Islamist fighters, but it is also home to 3 million civilians. That’s a ratio of 100 civilians for every one Islamist fighter. To clean the region of Islamists, Putin would not hesitate, in the Idlib mounting assault, to kill tens of thousands of civilians along the way. The thug does not distinguish between fighters ans civilians. Just ask the Afghani and Chechnyan civilians.

Meanwhile, U.S. Secretary of State Mike Pompeo on Friday said the United States views Assad military assault on Idlib as an escalation of the Syrian conflict, as the State Department warned that Washington would respond to any chemical attack by Damascus.

Sergey Lavrov is defending Syrian and Russian assault on #Idlib. The Russians and Assad agreed not to permit this. The U.S sees this as an escalation of an already dangerous conflict.

The 3 million Syrians, who have already been forced out of their homes and are now in #Idlib, will suffer from this aggression. Not good. The world is watching.

Inevitably, the Idlib mounting assault will lead to another Syrian exodus towards Europe. Such will help Putin consolidate his power among the far-right nationalist political parties becoming a threat to European democracies. Remember Hitler?

In another news, UNICEF (United Nations Children’s Fund) said that more than a million Syrian children are at risk in the event of a government military assault on the rebel-held province of Idlib.

Manuel Fontaine, UNICEF director of emergency programs, said that the agency has drawn up contingency plans including providing clean water and nutritional supplies to some of the estimated 450,000 to 700,000 people who could flee an attack.

Idlib Mounting Assault is Escalating into War of Words