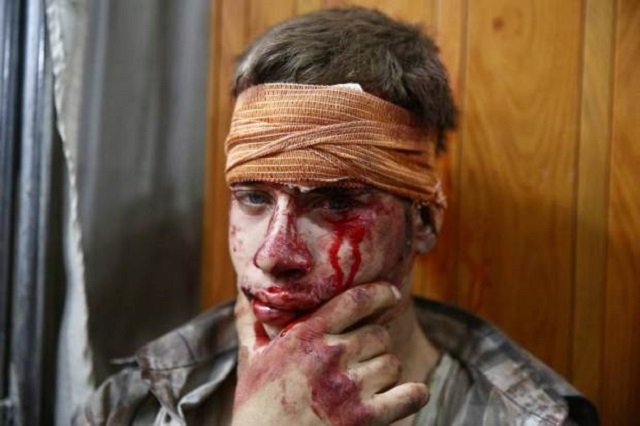 The Iran Deal Will Fuel The Greatest Exodus in Humanity

September 6, 2015 1:33 pm 0
The Slow Genocide Against Christians in the Middle East
Hailing Tyranny from the Sideline of Democracy
On The Line: Iran And Syria’s Proxy War

Someone finally is realizing that non-intervention does not come free. Maybe now they will also realize that too much intervention on one side through the Iran Deal might fuel the greatest exodus in humanity.

Stability in the Middle East is about balance, vigilance, and use of soft power. It is never about taking sides except to support those countries that mirror our values. Forget these rules and you will cause the greatest exodus ever pouring from impoverished nations.

Someone, suddenly, stood up and paid attention in Britain.

On Saturday, finance minister George Osborne said Britain and Europe had to find a way to tackle the conflict in Syria, which has fueled Europe’s biggest refugee crisis since World War Two, and described the government of Baschar al-Assad as “evil.”

Osborne told Reuters in an interview:

“You’ve got to deal with the problem at source, which is this evil Assad regime and the ISIL (Islamic State) terrorists, and you need a comprehensive plan for a more stable, peaceful Syria,”

Our bet is that it just dawned on all of Europe that Vladimir Putin is exacerbating the situation in Syria by letting Assad do his evil deeds to break the EU apart. What better way to split Europe by dividing it over internal policies or further economic hardship the result of refugees entering the Schengen area?

It’s the evil of Assad and ISIS, his creation, stupid! Shhh, don’t tell Barack. He is busy golfing. He will do what Putin wants him to do anyway.

When people of power are confronted with the results of their mistakes, their responses can no longer be timid. Europe can no longer afford to ignore Assad, Khamenei, and Putin in addition to all those Islamist terrorist elements driving the civil war. Europe must realize its Iran Deal will fuel the greatest exodus in humanity from one region to another. What do you think Iran is going to do with $150 billion dollars? Weave better looking Turbans?

Europe and the U.S. have been experiencing a state of intellectual drip drip. Now, Aylan Kurdi, the 3-year toddler who drowned trying to reach safety in Canada, just doused Europe and the Americas with cold water. They are finally awake to the evil of Assad, but will they also awaken to the evil of Iran they are unleashing with their Iran Deal.

The Iran Deal, the way it has been badly negotiated, will fuel the greatest exodus in humanity. Refute it and start all over again.

We tell Europe, block Iran from its expansionist ambitions and from threatening U.S. allies. By any mean possible if you want to protect your borders and your shores. The next wave Iran will surely cause will break the back of any country.

Reuters contributed to this article/

The Iran Deal Will Fuel The Greatest Exodus in Humanity