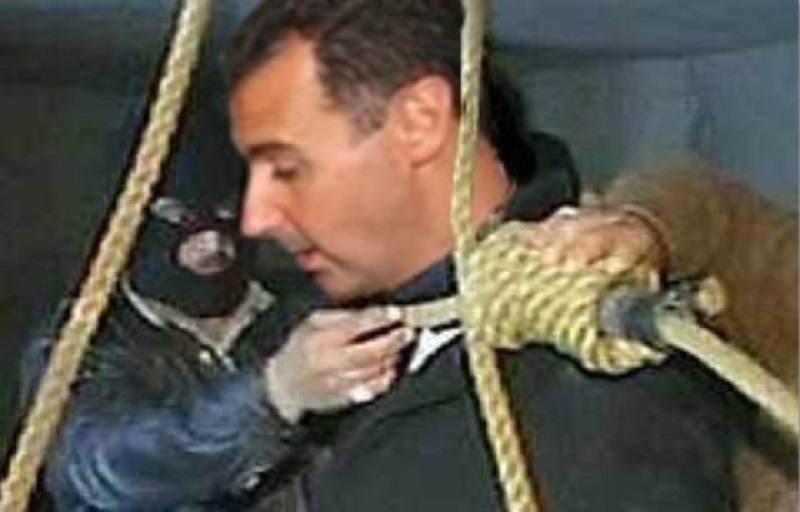 August 5, 2019 9:11 am 0
The United States Has No Rights to Complain About Assad
Neither Russia Nor Iran Can Be Part of the Syrian Solution
Global Security is at Risk When Assad Muzzles COVID-19 Cases

All the diplomatic impasses and the challenging issues facing the United States in the region stems from the lack of one action: Refusal to force a regime change in Syria. Topple Assad to quiet the Middle East.

For those who follow Syria with granularity know well how Assad fostered the ISIS terrorists and empowered them to highlight the alternative to his rule. All the while killing the moderate Syrians while President Obama gleaned over with a nine iron swinging. There is no telling what might have happened had Obama forced a change of regime in Damascus, which would have been quite easy given that Assad was losing to liberal shopkeepers, mechanics, and factory workers fighting for their freedom.

Because anyway you spin it, Assad is the cause of all of our problems in the Middle East. Yet, we seem to protect him just so we can have more problems and more challenges

Assad actions drove us to a war against ISIS; but we remain committed to letting Assad get away with murder. Anyone doubts he will repeat the tactic? Yet, America still refuses to admit the obvious. To quiet the Middle East, we need to topple Assad.

Assad committed atrocities the last we witnessed were during World War II. It seems the use of sarin gas against women and children is hardly enough to remove this cancerous family from power once and for all. Anyone doubts he will use chemical weapons again? Yet, America seems to have lost sight of its responsibility in a region on fire. One that is commanding more and more of our troops to commit in engagements for a long time.

With Russian presence in Syria and the testing of newly developed weapons, Vladimir Putin has sent a strong signal to the US and our allies in Europe: The Siberian bear just ended its hibernation. Because of Assad killing Syrian civilians, Turkey has committed to their safety for fear of millions flocking its borders. This opened the door for Putin to sell its S-400 missile defense system in order to peel Turkey from NATO.

Without Assad in power, the US need not empower the Kurds to protect against the very same extremism Assad has fostered. That in turn, created tensions between the US and Turkey, which Putin is taking advantage of. Turkey believes the US wants to create a new Kurdistan, but the US is more concerned about creating buffer zones against future terrorists rising; mainly because of Assad oppressive rule and torture chambers.

Even after Assad invited Iran to Syria to threaten Israel, the United States does not recognize his danger. Nor do our diplomats and military fully grasp that while the “effect” gets us going, the “cause” is the bud that keeps us facing danger, spending taxpayers dollars needlessly, and always under the pressure to protect Israel.

Had Barack Obama acted against Assad, Donald Trump may not have won the US elections in 2016

The repercussions of Assad Iran invitation has created tensions between the US and Europe due to the Iran Deal. It also gave fodder to the notion that the west is divided and therefore ripe for dismantling. Just count the number of European political parties taking their marching orders from Putin. Many rose in popularity because Assad dispatched waves of Syrian refugees to Europe.

Again, it’s Assad, stupid. The cause of all the challenges facing the west to include a clear demonstration of how impotent the U.N. has become.

Yet, America refuses to grasp, or ignores to grasp, how the detrimental actions of Assad, as they continue, complicate matters further; not only for our interests in the Middle East, but also for our own democracy at home. Had Barack Obama acted against Assad, Donald Trump may not have won the US elections in 2016. His wimpiness and willingness to accommodate our enemies for any reason shocked America.Just as it is shocking us today with Trumps’ actions.

Just consider the cause and effect to come to the same conclusion.

No matter how you slice it, and even if an extremist group alternative to Assad by accident rises to power, world unity against such a regime would be swift and conclusive. Did we not just experience a similar scenario in Egypt under Morsi? How was Morsi more lethal than Assad?

Maybe then, the US wants all these challenges in the Middle East to pile up because they create funding opportunities for some of the most influential defense contractors.

Because anyway you spin it, Assad is the cause of all of our problems in the Middle East. Yet, we seem to protect him just so we can have more problems and more challenges.

Maybe we should simply ignore Assad and follow the money out of Washington.