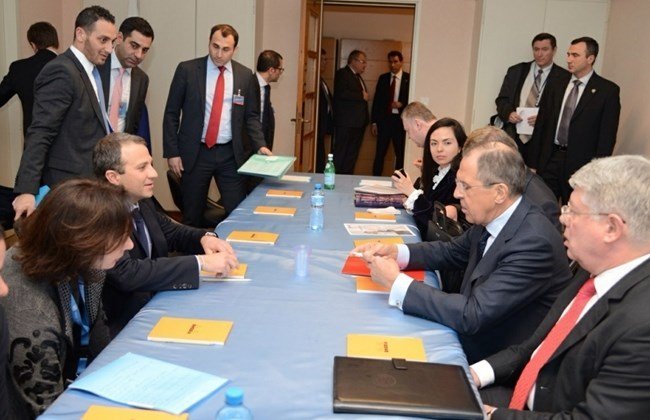 Russia accused Western powers of blocking its efforts for the reconstruction of Syria. It also accused the west of obstructing the return of Syrian refugees to their country.

Foreign Minister Sergey Lavrov said after talks on Monday with his Lebanese counterpart, Gibran Bassil, that the U.S. refusal to provide assistance for rebuilding Syria after more than seven years of fighting hampers refugee return. FM Bassil is a Hezbollah sympathizer and an Iran apologizer.

He also accused the West of pressuring the United Nations to ban U.N. organizations from helping reconstruction efforts in Syria. Lavrov said it violated U.N. principles.

Lavrov also charged that al-Qaida militants located near al-Tanf in southeastern Syria have launched raids to prevent refugees from returning. This area is home to U.S. military advisers.

If the Assad regime begins its reconstruction efforts while refusing to force Iran out of Syria, it would only enhance and empower the terror of both regimes. Russian efforts will go nowhere as long as a larger settlement of all issues is not addressed. Primary to this settlement is a question many in the Western corridors of power are asking: What kind of Syria do we want to see rise from its ashes of destruction?

The West has no interest to see a new strong Syria able to threaten its neighbors and spread terror across the whole region. That Syria is long dead and buried. The chances the West might help to reconstruct, with Assad in power and Iran still occupying the country, are almost nil. Out of frustration, Russia accused Western powers.

The Assad regime is cornered economically and politically. The bureaucratic, scientific, and economic brain drain hinders the rise of a new sustainable Syria. Besides funding, Assad lacks the middle and lower classes to operate the country. Furthermore, Assad most ardent followers either operate his security apparatuses or spend their time on beaches and in shopping malls. Syria’s agricultural industry may never recover because Assad decimated its labor.

In addition, any refugees who return have no dwellings to occupy they can call their homes. Assad destroyed most of their towns and villages.

The man who refused to yield power to avert a disastrous war is discovering he has become an irrelevant ruler. One who is governing over the ruins of his tumultous past.