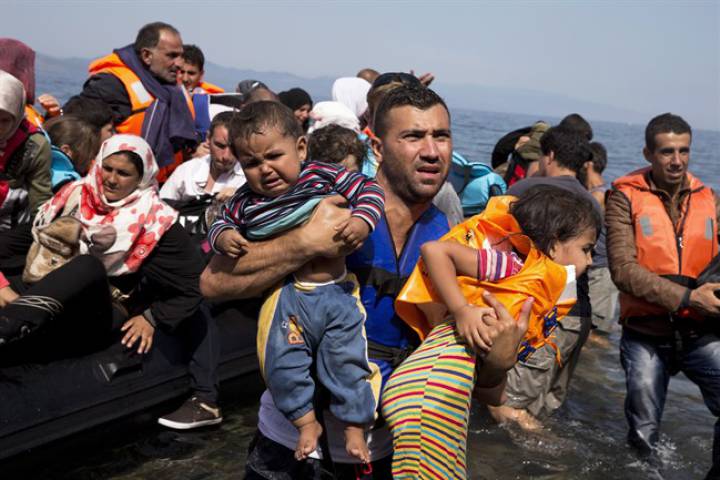 There are big changes taking place in Syria to indicate the civil war is about to get nastier and deadlier. For Saudi Arabia and Israel to achieve their goals of sending the Mullahs back to Iran, recruiting Syrian refugees from the pool in Turkey, Jordan, and Lebanon to fight Iran in Syria is mandatory.

According to the UN Refugee Agency (UNHCR), there are close to 5.6 million registered Syrian refugees hosted by Syria’s neighbors. In a young country like Syria where the average age is 20.2 years, finding abled-body refugees to fight in return for security for their families (salary) will not be so difficult. Many of these refugees have suffered untold tragedies at the hands of the Assad regime and its Iranian backers. Many may not miss the chance to avenge Iran’s occupation if the right terms are offered.

A story in Haaretz indicate this might be the case although the author did not indicate Israel was recruiting from the Syrian refugee camps. We believe Saudi Arabia should fund a campaign for recruiting Syrian refugees to fight in Syria. The Iranian IRGC killers must feel hunted by Syrians taking back their country.

For surely, Russia and Iran do not believe their occupation will go unchallenged, and from all indications on the ground, Syria is entering a wider dangerous phase where Iran will be tested for the  next few years causing the draining of its own economy. All the funds Obama released to Iran are being used to kill Syria’s women and children and to harm the U.S. and its allies in the region. The coward did it because he was a closet anti-Semite.

Europe, if pushed hard by the U.S., may even contribute by helping recruit from its own pool of Syrian refugees. There is no better political message to restless European masses eager for less permissive immigration policies than to send those refugees back to Syria to recapture their homeland from the Iranian occupation.

Either way, the Syrian civil war is far from over. It will take another five to ten years of fighting the Iranian occupiers on several fronts before the total collapse of their economy the way Venezuela has, which is well on its way.