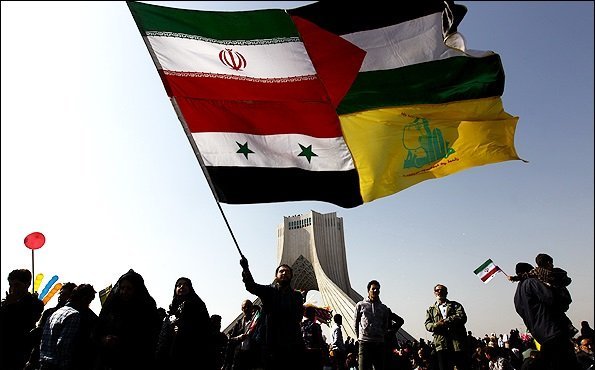 January 31, 2013 7:36 am 2
Syrian Stone Age Society and Economy
Assad Regime Threatens Israel With Tunnel Warfare
What Hafez May Have Told Baschar on His Death Bed

Israeli warplanes carried out a precision strike targeting the outskirts of Damascus. It is believed the target was a secret convoy carrying sophisticated antiaircraft weaponry that was intended for Hezbollah in Lebanon. If so, the attack highlights an important element: Assad resistance can’t go the distance.

Assad resistance to Israel is a legendary position every Syrian is familiar with its propaganda. In fact, the Assad regime has built its foreign policy framework on this defunct doctrine. Its purpose is to rally Syrians around the regime by concocting a doctrine every Muslim in the region favors.

Even though the Israelis did neither deny nor confirm the attack, the fact the IDF have been able to conduct a bombing sortie in the heart of Assad’s center of power is a tale in and by itself. Either those Soviet radar systems are ineffective, or our fear of the Assad war machine is baseless.

From afar, it looks like Assad defenses are inconsequential. Our fear of what Assad might or might not do with his missiles and chemicals are misplaced if the IDf can strike Assad positions at will.

The reality is that any aggressive military counter reaction by Assad may tip the balance in favor of the Syrian Revolution. Neighboring nations entering the Syrian fray is a sign of the weakness of the Assad machine of terror. Under these circumstances, the butcher of Damascus has no choice but to swallow his resistance pride with the same breath he extols it.

Of course, the Israeli direct attack garnered no response from the Assad regime. This is quite telling from the days when Assad and Hezbollah walked, talked, and acted with invincibility. It seems to us that Assad resistance can’t go the distance. His resistance is based on vacuous words uttered by the birdbrain dictator that he is.

Will this mean the Assad bravado will cease? Not at all. Assad resistance against Israel  is a political calculation that is the direct result of an investment in cowardly postures. Assad resistance sways the Syrian people, which is a bigger threat to Israel than the regime itself. But when Assad does not respond to Israeli military aggression, Syrians will, in due time, mock him. In reality, the Assad resistance can’t go the distance.