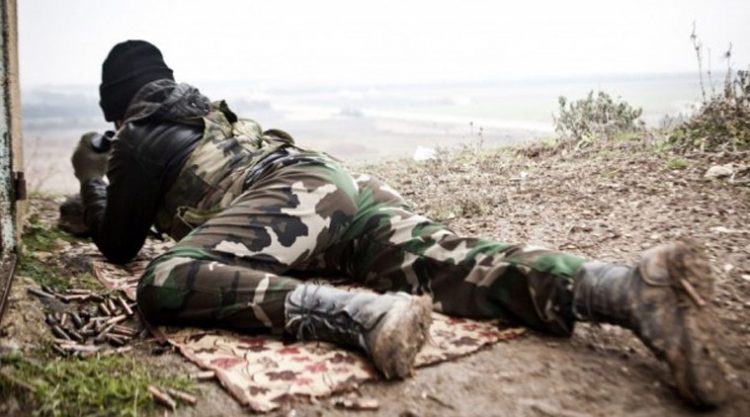 May 26, 2018 10:29 am 0
The Head of the Snake is Assad, Not Anwar Ruslan
Cry For Me Syria As Israel Carves Out Its War Booty
Assad Survival Key to Iranian Occupation of Syria

The United States warned Syria on Friday it would take “firm and appropriate measures” in response to ceasefire violations, saying it was concerned about reports of an impending military operation in a de-escalation zone in the country’s southwest. In brief, United States warns southwest Syria is off-limits to Baschar al-Assad President Trump called “Animal Assad”.

As a guarantor of this de-escalation area with Russia and Jordan, the United States will take firm and appropriate measures in response to Assad regime violations.

A war monitor, the Britain-based Syrian Observatory for Human Rights, reported on Wednesday that Syrian government forces fresh from their victory this week against an Islamic State pocket in south Damascus were moving into the southern province of Deraa.

Syrian state-run media have reported that government aircraft have dropped leaflets on rebel-held areas in Deraa urging fighters to disarm.

The U.S. warning comes weeks after a similar attack on a de-escalation zone in northeastern Syria held by U.S.-backed Syrian Democratic Forces. U.S. ground and air forces repelled the more than four-hour attack, killing as many as 300 pro-Assad militia members, many of them Russian mercenaries.

Backed by Russian warplanes, ground forces from Iran and allied militia, including Lebanon’s Hezbollah, have helped Assad drive rebels from Syria’s biggest cities, putting him in an unassailable military position.

They have recaptured all remaining insurgent areas near Damascus in recent weeks, including the densely populated eastern Ghouta area, as well as big enclaves in central Syria.

The government is now in its strongest position since the early months of the war in 2011, although still a long way from achieving Assad’s aim of reasserting sway over all of Syria.

Anti-Assad rebels still control two large contiguous areas of territory in the northwest and southwest. Kurdish and allied Arab militia backed by the United States hold the quarter of Syria east of the Euphrates.

The government’s gains have brought it to a point where any new military campaign risks putting it in conflict with foreign powers.