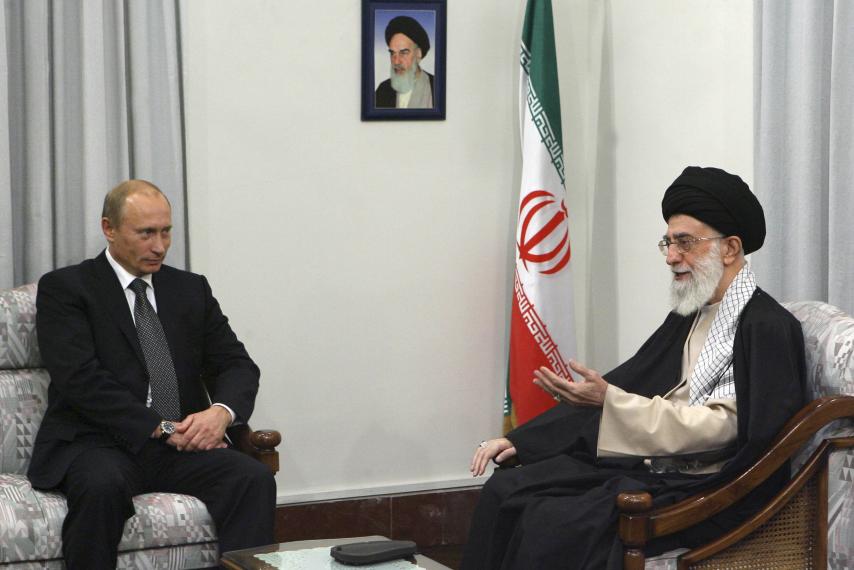 May 21, 2018 6:59 am 0
Israel Continues to Strike Hezbollah in Syria
Europe Secret Agreement with the Assad Regime
Until Khamenei Tastes His Own Violence

A Kremlin official says President Vladimir Putin’s statement about the need for the foreign troops’ pullout from Syria refers to Iran and Hezbollah among others.

Alexander Lavrentyev, Putin’s envoy for Syria, said Friday that Putin’s statement was aimed at the U.S. and Turkey along with Iran and Hezbollah.

Lavrentyev’s statement marked a rare moment when Moscow spoke about the need for Iran to eventually pull its forces out of Syria.

It is apparent, since SANA published the news item, that Assad and Putin, in addition to Netanyahu and Trump, are ganging up on Khamenei. It looks like a new coalition is forming to oust the IRGC terrorists from Syria and to limit their capacity to expand and destroy.

There has been no response yet from Tehran to Putin’s statement.

In addition to Syria, Moqtada al-Sadr in Iraq, who won 54 seats in the Parliament, the largest bloc, is standing-up to Iran as well.

Have Arabs had enough of non-Arab Iranian meddling and terror? We believe so.

So have Russia, Israel, the United States and even Assad himself whose secular background is badly matched with the Mullahs’ religious zealotry and falseness.

How will Iran respond will be through cunning, delay tactics, appeasement, and limit its attacks on Israel for the time being. Khamenei believes heaven will open its doors to his soul if he destroys Israel. He is not about to relinquish this privilege so easily.

Or maybe Khamenei thinks he could outlast Putin as he races to his grave.

This is why Israel should push even harder by attacking more Iranian assets in Syria Assad seems not to object to. After all, only Assad wants the full credit for destroying Israel with his modern air force and military equipment to rival those of a superpower.