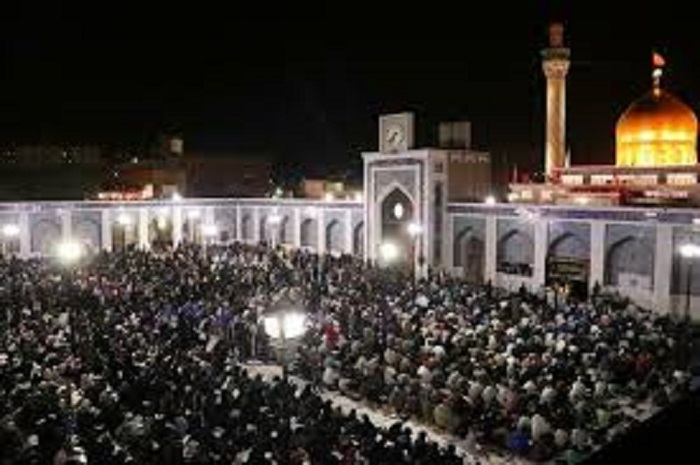 Global Security is at Risk When Assad Muzzles COVID-19 Cases

As most countries are busy fighting at local levels the infectious coronavirus, others are ignoring policies that put many countries at risk. Take Syria for example. There are signs that global security is at risk when Assad muzzles the COVID-19 cases.

Even with a lockdown that any country can implement to protect its citizens, the Assad vastly under-reporting the real number of cases provides a false sense of security to the ignorant and the driven. This is what happened to Iraqi pilgrims who visited the Sayeda Zainab site outside Damascus. Assured by the low numbers Syria reported, they flocked to Damascus only to bring back the coronavirus to Iraq. And now, Iraq is under reporting their vast cases.

The dumbness of Muslim politicians knows no limits.

It is rather urgent that the United Nations or the United States call for new international laws to implement globally once the COVID-19 cases recede and the dust settles. We must hold Assad and his ilk accountable considering his irresponsible behavior in spreading the virus to neighboring countries. Even possibly to Iran, which has been digging massive graves one can see clearly their footprints from space.

Failure to comply in any future outbreak means immediate and global sanctions against the regime that withheld the information. One can ignore the deceptions Arab and Muslim authoritarian regimes might embark upon when said regime is in self-preservation mode. But when they play hookie with the lives of other people for no logical reason, then it becomes our duty to implement whatever measures to protect from said dictatorial idiocy.

When imbeciles like Assad increase the global risk levels of a contagious disease, then we must end their games; even their lives. There is not enough money in the world that could save humanity when one of its own targets it using a fast spreading virus.

FROM RUSSIA WITH LOVE

Grant you, Russia might veto the process. Inevitably, the Kremlin would consider such laws as an effrontery to its leadership and that of its genius dictator protégé Assad of Syria. If Russia objects, then the United States, Europe, and Asia must implement their own safeguards against Russian obstinance. The world went along with Russian demands to lay its hands off Assad, but when Assad is actively spreading a global pandemic, then the gloves should go off. Against Assad and any country that protects him.

Assad’s behavior, in the face of such tragedy, is utterly immoral. Instead of total transparency during these difficult times for all humanity, Assad is adding to the tragedy by, unconscionably, concealing information that could save lives.

But then what else can one expect from a monster who gasses women and children! We feel outrage, but surprised we are not. Not the least. His father would have done exactly the same thing. It just runs deep in the deformed genes of the Assad clan.

Global Security is at Risk When Assad Muzzles COVID-19 Cases