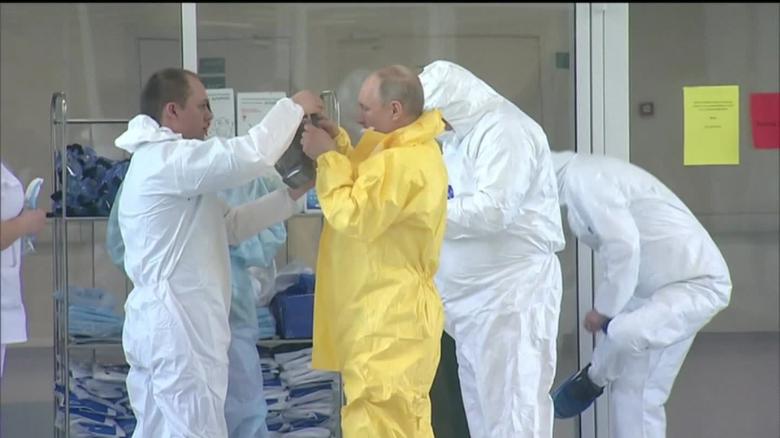 Russia’s coronavirus case tally has risen to 6,343 in the past 24 hours. This indicates a record daily increase of 954, the country’s crisis response center said on Monday. So why did the Russian coronavirus cases jump dramatically in the last 24 hours?

Cases have been recorded widely, but Moscow remains the epicenter of the outbreak with 591 new cases, the center said. Forty-seven people have died across the country, it said.

However, there are signs that Russia has not been fully transparent in its reporting. On March 22, CNN published an article by Mary Ilyushina in which she wrote:

Still, Russia contends with widespread public skepticism, a legacy of its Soviet past. On social media, Russians have raised questions referring to their country’s poor track record of transparency, such as the coverup around the Chernobyl nuclear catastrophe in 1986 and the country’s botched response to the HIV/AIDS epidemic in the 1980s.

ONLY RUSSIAN STATE CONTROLS THE INFORMATION

When the Russian people began questioning the numbers, the state reacted swiftly. It immediately put a lid on the stories circulating on Russian social media websites. CNN wrote:

In early March, Russia’s Federal Security Service and internet watchdog moved to take down a viral post claiming the real number of coronavirus cases was 20,000 and that the Russian government was covering it up. Facebook and Instagram users in Russia then started to see coronavirus awareness alerts linking to Rospotrebnadzor’s official website.

For many Russians their skepticism about the reliability of the official numbers authorities were publishing took a further beating when they offered some evidence to the logic of these numbers. The CNN article referred to them by publishing:

News reports of shortages in protective equipment have also fueled skepticism. And some experts have raised doubts about the reliability of Russia’s testing system, which depends on a single laboratory. A report by PCR.News, a media outlet for medics and healthcare professionals, pointed out that the only approved coronavirus testing system, produced by Vector in Novosibirsk, has a lower sensitivity than other virus tests, raising concerns about false negatives.

David Berov, the first confirmed coronavirus patient in Moscow, wrote on Instagram that his second test showed a negative result, while the first and third tested positive for coronavirus.

“The virus was confirmed in my third test, it was not seen in my blood but was in my saliva,” Berov wrote on March 5. “As I was told, they could barely see it so that’s why they were in doubt for so long.”

So why the sudden reported jump in the last 24 hours? Just three days after Patriarch Kirill led a procession through Moscow to combat the coronavirus?

Is Putin concerned that his April 22 date for a country-wide referendum on the All-Russian Vote, intended to cement his control over Russia until 2036 by amending the constitution, is in trouble? That the real number of cases would certainly threaten the lives of many more ordinary Russians should they stand in long lines to vote? Something he cannot hide in the future.

Maybe Putin intends to push the April 22 date. So, he is coming clean now to put a lid on the virus as soon as possible. He can only do that if the people begin fearing its impact.

Just like cheating the world by doping Russian athletes, Putin is also cheating Russians by concealing the coronavirus impact. Both come from the same brain that bombed a Moscow complex killing thousands to justify his war on Chechnya.

You know, the tail wagging the dog.