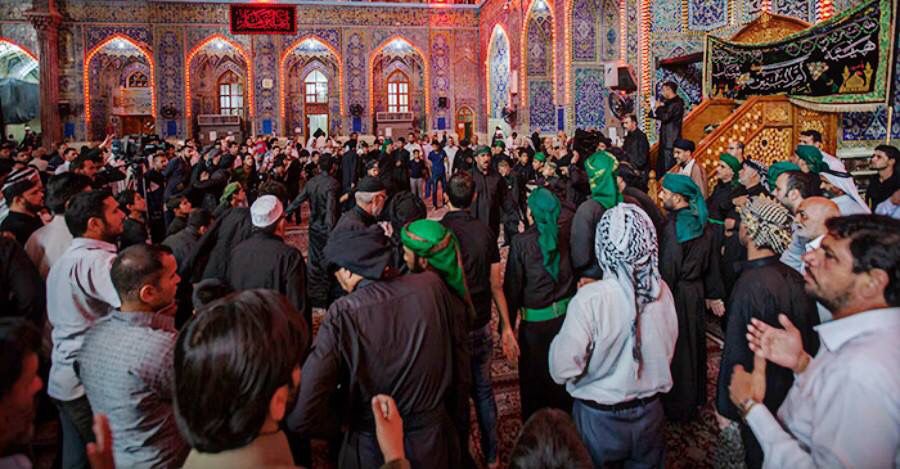 Some Shi’ite pilgrims returning to Iraq from Syria have tested positive for coronavirus, raising concern that such pilgrim travel could be a source for a larger spread of the disease around the country, a senior Iraqi official and health officials said on Sunday. Hey Assad explain infections of Iraqi pilgrims returning from Syria.

So far, Iraq has recorded 547 coronavirus cases and 42 deaths, most of them in the past week. Syria insists it has only recorded 10 cases as of March 31, 2020. Experts believe Assad is hiding the real numbers of infections because his armed forces may be suffering from the fast spreading virus.

So may have the Russian forces, which may explain the sudden visit by Russia’s defense minister to Damascus. Both Russian and Iranian forces co-mingle on the battlefield in Idlib.

Health authorities said there were at least 11 cases of coronavirus in the Shi’ite holy city of Kerbala among pilgrims who returned last week from Syria after visiting a Shi’ite shrine there, according to the governor of Kerbala.

The governor, Nusayif al-Khitabi, said in a video posted on Facebook:

Everyone who recently returned back from Syria has been quarantined to make sure he’s not infected with coronavirus.

Khitabi said the central government should have included Syria among countries where Iraq banned entry to travelers.

Health officials said there had been four other cases of coronavirus in the Shi’ite city of Najaf among pilgrims who visited Damascus last week.

Syria has reported nine cases of the illness, with one death. However, doctors say there are many more cases. The government denies it is covering up the extent of the disease even with overwhelming evidence to the contrary. Just as Assad denied gassing women and children some 300 times over the last 10 years.

Thousands of Shi’ite pilgrims from Iran, a hotspot for coronavirus, and other countries also continue to arrive in Syria. Mostly to visit the Sayeda Zainab shrine in Damascus.

The poor state of the healthcare systems in both war-ravaged Iraq and Syria means that both may not be able to handle a large-scale spread of the epidemic.