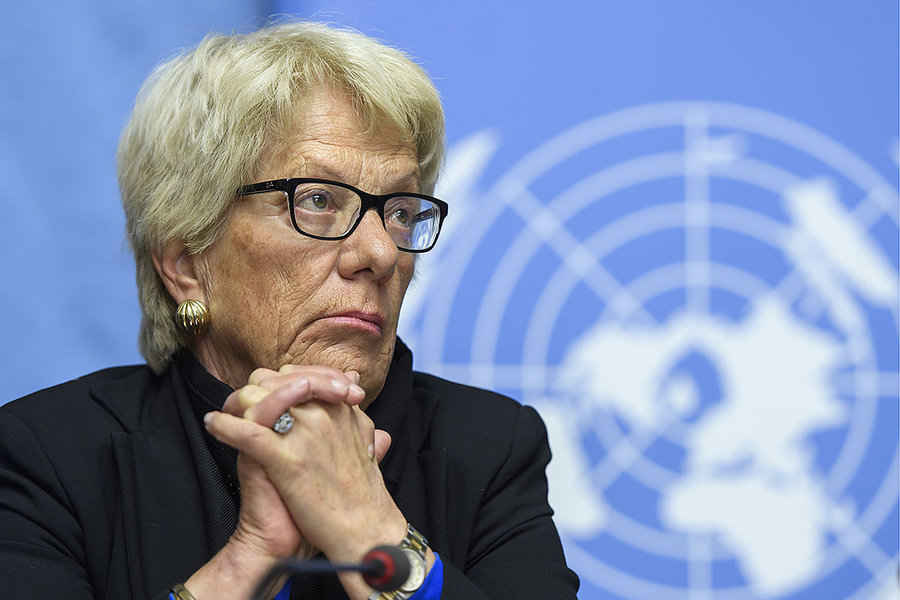 One Step Closer to Prosecuting the Sneaky Bastards

September 29, 2012 8:05 am 0
Counter Terror Monday Morning Quarterbacks
Plan A, Plan B, or No Plan at All
Syrian Rebels Captured Key Town from Assad Forces

Yesterday, the UN Commission on Human Rights (UNCHR) named Ambassador Carla Del Ponte to investigate the inhuman crimes committed by the Assad regime for the purposes of prosecuting them in The Hague further down the road. The appointment is a positive step forward because it will help Syrians understand Assad and his men will not escape prosecution. During Friday’s vote at the UN, Russia, China, and Cuba objected. Seven Arab countries submitted the request originally, which is a good sign that the Arab League will not protect Assad the way it has done with Bachir of Sudan. We are one step closer to prosecuting the sneaky bastards.

How she was able to come to this conclusion about the Croats was the result of the acquittal of a Croat mass murderer. His team doctored evidence and supplied falsehood to help him go free. In the case of Syria, though, all the evidence is on YouTube and in massive files that the Syrian opposition collected over the last 18 months. Assad and his men have no place to hide and no evidence to doctor.

Del Ponte is tenacious and boasts an out-of-the-box approach to win her wars against Genocidal criminals. She accused the Croats of harvesting human organs but magazines like The Economist mocked her work. Later, the Council of Europe vindicated her when they issued the Kosovo Report. It concluded Hashim Athaci, a Muslim Croat, was a Mafia Lord who trafficked in human organs.

THE US IS SERIOUS ABOUT PROSECUTING ASSAD

The fact that the U.N. appointed Del Ponte is a sign the UNCHR is serious about prosecuting Assad and his men. But whether other countries with veto powers will protect them as the Arab rulers protected Bachir of Sudan is yet uncertain. Or whether the UN would pursue the Assad regime criminals as it diligently pursued Slobodan Milosevic remains an open question. Syrians hope so.

This will become an issue the international community will have to agree upon. Only Russia will be able to thwart any efforts at holding Assad accountable. But if the regime falls, Assad will be worth less than a dime to Russia who will trade him gladly if it can secure the Orthodox Church interests in Syria; and if it can get something in return from the Arab countries. Given Assad’s label of “Half Men” against the tribesmen of the Arabian Peninsula, my guess is they want to see him hanging from a galley à la Saddam.

Witness the sky scrappers necklacing their deserts to realize they don’t take insulting their manhood lightly.

One Step Closer to Prosecuting the Sneaky Bastards