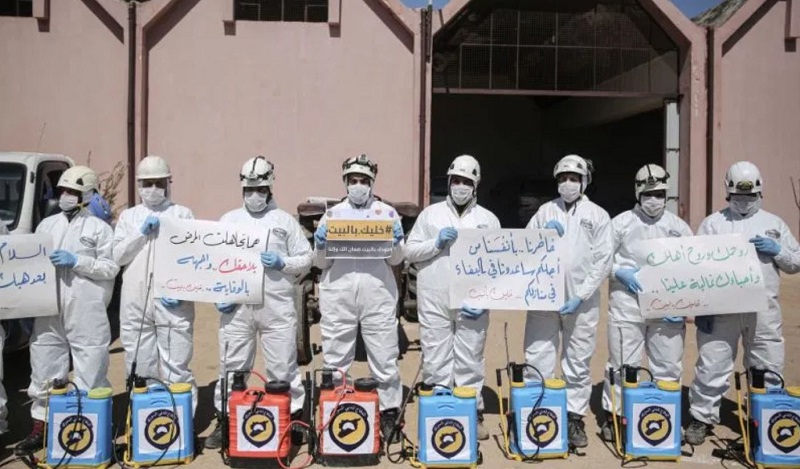 For anyone interested in the truth about Syrian outbreak of the coronavirus, all they have to do is read the Reuters article the news agency published about Iran and replace few words here and there. The Iranian COVID-19 outbreak mirrors the secretive outbreak in Syria. With one exception: We know more about the Iranian infections. Much more.

In the story, Reuters writes:

The virus had originated in China, and Iran did not want to risk disrupting its vital trade and diplomatic ties with Beijing, one of its most important allies.

If Iran was infecting Syrians, which is the lieliest of scenarios, then the language above would apply to the Assad regime with regard to its relations with Iran.

The fresh details about the warnings by doctors and why Iran’s establishment didn’t disclose early on the spread of coronavirus come in the wake of allegations by some Iranians, including former officials and medical professionals, that the government has low balled the death toll.

There have been allegations by Syrian doctors that the Assad regime is muzzling the information. During war time, dictators believe it could deflect from their preparedness to wage more wars. Just as Assad is doing against his own people. Even now, the Assad regime still refuses to admit the severity and the death toll from the virus.

No one, for sure, knows how many people in Syria have succumbed to the deadly disease. Except maybe Russia, which has dispatched its Defense Minister to possibly dress down Assad and his Soviet-era policy of ignoring the danger and obfuscating the truth.

Reuters further down in the article writes what amounts to ignorance and neglect on the part of the Khamenei regime. Something we see everyday in Syria.

A nurse at Qom Hospital said that in late December and early January, the hospital had an increase in people with respiratory problems. The hospital authorities declined to comment.

“Dozens of them died in a week,” the nurse said. “Our chief doctor informed senior officials at the health ministry. But we were told to give them medicine and release them,” said the nurse.

There is a good reason why Assad has muzzled Syrian doctors. His illegal regime may have asked the health staff to give the infected an Aspirin, and then release the patients pronto to bury the facts. Why would Assad lock down a whole country, so suddenly, if Syria’s number of cases stands at 16 with two deaths only.

We have witnessed such active measures (pun intended) in countries like China and Italy. The coronavirus contaminated tens of thousands of their citizens before they introduced a lockdown.

In Assad’s mind, he truly believes that his enemies would fear him more if he obfuscated the numbers. He thinks everyone is stupid enough to believe the high number of virus infections Syria is experiencing are what he says they are. After all, he controls the information flowing in and flowing out.

China has offered an economic lifeline to the Islamic Republic since 2018.

If the article was about Syria, Reuters might have written the following:

Iran has offered an economic and a military lifeline to Syria since 2011.