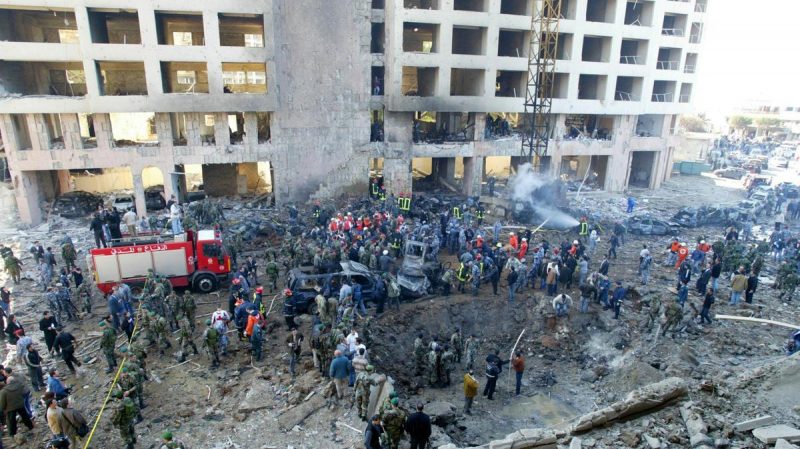 December 2, 2018 9:09 pm 0
The United States Has No Rights to Complain About Assad
Removing Assad is the Best Way to Defeat ISIL in Syria
Assad Must Go. Whether He Wants To or Not.

It seems Chemical Assad and Supreme Billionaire Khamenei are stirring new troubles for Lebanon. We believe Assad intends killing second Hariri after he killed his father Rafik Hariri in 2005 in a blast. The move aims at avenging, partially, new American biting sanctions against Iran that went in effect in November.

Wiam Wahhab, a Druze ally of the powerful Shi’ite group Hezbollah who has close ties to Damascus, has been at the heart of rising political tension over the last week with a series of verbal attacks on Prime Minister Saad al-Hariri.

Hariri supporters lodged a legal complaint against him after a video surfaced in which he was widely perceived to direct obscene insults at the Hariri family, including the late prime minister Rafik al-Hariri, without naming them.

After the public prosecutor accepted the legal complaint against him and referred the matter to the police, Lebanon’s internal security forces went to Wahhab’s village of al-Jahiliya on Saturday evening to take him for questioning. During the arrest, random gunfire by Wahhab supporters killed Mohammad Abu Dyab, a Wahhab’s aide.

Hezbollah may have leaked the video on purpose to stir the troubles Chemical Assad and Supreme Billionaire Khamenei intend as a response to President Trump’s sanctions. Another Hariri assassinated would sink Lebanon into possibly another civil war to the advantage of the evil trio Hezbollah/Assad/Khamenei. Their grip on power, from Tehran to Beirut, would be absolute. No foes to stand in their way except Israel all three have plans to disrupt its peace.

In response, the United States must consider seriously taking Assad out. Such a step would turn the tables on Iran and  Hezbollah. Assad’s replacement will weaken Russia even if it selects him.

Syria is safe from any religious extremist takeover. Sanctions in the face of conspiracies to break countries apart is like coming to a gun fight with a knife. The United States can no longer afford to contemplate while staring at its strong poker hand.