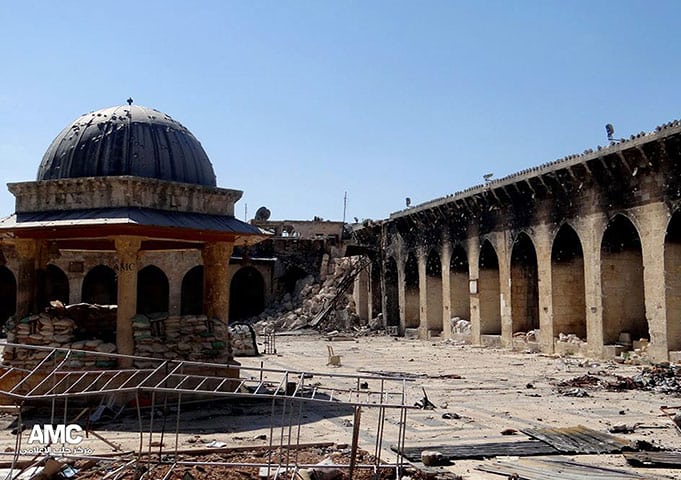 Moaz al-Katib, the newly appointed Imam in charge of the Syrian opposition new corps named the National Coalition, has offered to negotiate with Assad an end to the war.

He attached two conditions to his call. One of those includes releasing 160,000 detainees in Assad’s prisons. The second deals with reversing Assad’s order to revoke the Syrian citizenship from all the opposition leaders.

The Syrian tragedy has demonstrated that certain constants are permanent. Amongst those are the two most essential ones represented by  1) Assad’s relentless terror taking its toll on Syrians during a hard winter, and 2) Obama’s apathy towards the Syrian tragedy best corroborated by his unwillingness to supply real weapons to the Free Syrian Army. This includes not allowing any ally of the US to help the FSA in a meaningful manner. With those two constants, the other inflexibilities proposed by the opposition become transient.

One of those inflexibilities was to never negotiate with Assad for a solution that would see him remain in power. With al-Katib’s reversal on this commitment, he has followed the least resistant path both the Obama Administration and the Arab league favored, supported by Russia and China.

It is important to note here that Moaz al-Katib was the Imam Provost of the Umayyad Mosque, the very symbol of Sunni power historically and the most important in all of Syria. No one ascends to such a position without the full acquiescence of the Assad regime. Many people, in the fog of war, have missed this important point.

Therefore, Al-Katib, with this new call for negotiations, is serving more the interests of those who called for a political dialogue, to include Assad, than those willing to fight Assad until he pays for his crimes. He may just be a convenient leader everyone agreed upon to lead the National Coalition just for this moment when he becomes more a symbol of the regime that installed him as head of the Umayyad Mosque than a leader to save his people and lead them towards real freedom.

Remember that it was Secretary Clinton, playing the puppeteer master, who dismantled the Syrian National Council. Instead, she formed the National Coalition with al-Katib leading. After all, there was a good reason why Obama did not interfere in Syria. He was looking for an opposition to bed with Assad rather than dismantle his regime of terror.

However, let us take this fact out of the equation. Would an independent leader be amiable to negotiating a solution with Assad under any conditions that would exclude complete surrender? Such a decision cannot be made in the void and without taking into consideration the two constants of Assad’s terror and Obama’s apathy already mentioned above.

We think such a decision needs to involve asking the question: What does it mean for Syria if Assad remains in power? At the end of the day, all the sacrifices the Syrian people made the last two years will symbolize a stunning defeat if Syrians will have to submit to extreme violence again. Moreover, make no mistake about it, Assad’s violence will not recede as long as he leads the country. He is like a treacherous cancer with one goal in mind. This goal remains the destruction of Syria and its people at the expense of a single-minded obsession with retaining power.

The international community is not thinking through this process of bedding with Assad. What does it mean for Assad to remain in power? Less violence or more violence? Less stability or more stability? I think this is where political convenience becomes as deadly as war itself while wearing the armor of peace. President Obama and his men around him known for supporting dictators are not thinking through this process over the long-term. They all want present convenience at the expense of future violence.

Assad must go. Al-Katib is wrong and letting him put on a show of high diplomacy just to earn points with a community that already has shown it cares about the plight of Syrians but not enough to stop the carnage will have dire consequences for Syria and its neighbors.

This is a time when many people long for President George W. Bush. At least, he would have had the foresight and the fortitude to see further in the future than those shortsighted leaders willing to bed with Assad today just so the problem of Syria can leave them alone to enjoy a good Golf game. America deserves better. So much better.