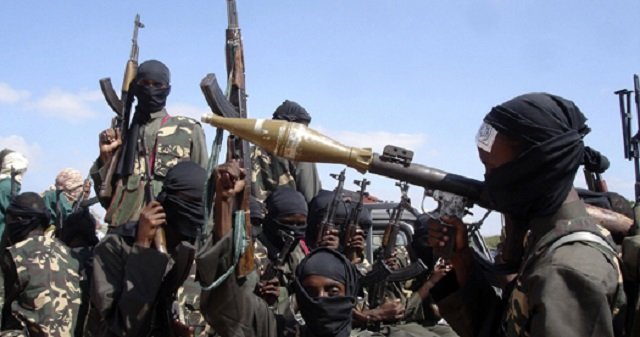 The Price of Ignoring Mideast Reality

September 17, 2013 12:18 pm 0
Why Does It Take a Fire?
Shia Terror-Backing President
Unintended Consequences of America’s Retreat

President Obama’s plan on Syria will fail for the same reason the Oslo Accord did.

Forty years ago Israel blundered disastrously on the eve of the Yom Kippur War because its military leaders had a concept about the circumstances in which it might be attacked, and the concept was wrong. Twenty years ago, Israel blundered disastrously by signing the Oslo Accord, because its political leaders had a concept about what it would take to get peace, and the concept was wrong.

That’s worth pondering as the Obama administration peddles another concept- that a deal with Russia will lead to disarmament by Syria – as a reason to call off military strikes. But agreements are not achievements, wishes are not facts, and theory is not reality.

In 1973, what Israeli military planners called Ha’Conceptzia ‘the Concept’ was that Egypt would not attack without Syria, Syria would not attack without Egypt, and Egypt lacked the long-range bombers and ballistic missiles it would need to retake the Sinai Peninsula. It was a comforting syllogism that allowed Israel to dismiss accumulating evidence of an impending attack, including a personal warning from Jordan’s King Hussein, as nothing more than psychological warfare.

The flaw with the Concept was the Concept: Theory provides vision at the expense of clarity. It also obstructs thought. Had the Egyptian goal been to retake the entirety of the Sinai, Anwar Sadat would never have ordered an attack.

But Israel’s planners broadly failed to foresee that the Egyptians might be prepared to forgo the hopeless military objective of retaking all of Sinai for the feasible one of retaking some of it; that Sadat could use limited military means to land a decisive psychological and political blow. The Israelis also neglected to take account of the possibility that the Egyptians could turn the Concept to their own advantage. The Concept made no allowance for the reality that humans are intelligent and nature is adaptive.

In that sense, the Concept was like every grand theory that ignores its own role in reshuffling assumptions and reshaping incentives. It was the same story with next grand Concept, when an Israeli government determined that peace was in its hands to give, and that what it chose to give was what the other side would be willing to accept.

The signing of Oslo, under Bill Clinton’s big shadow on the White House lawn, is widely remembered as a moment of hope. In fact it was an act of hubris.

Yitzhak Rabin (who would pay for Oslo with his life) thought he could deputize Yasser Arafat as his sheriff, so that Israeli soldiers would no longer have to go door-to-door in Gaza and the West Bank. Shimon Peres imagined a new Middle East in which Arab states would be falling over themselves to strike trade deals with Israel. Some architects of the Accord thought the Palestinians could be bought off on the cheap, with autonomy instead of statehood, with Ramallah as the capital instead of Jerusalem, with Hamas permanently suppressed, with the refugee issue taken off the table. Others believed the Israeli public could gradually be brought around to concede things they never would have agreed to at the start.

Dissimulation was thus the essence of what came to be known as the peace process. But the Concept behind Oslo was that Israelis and Palestinians would accept their assigned roles – that they could be acted upon without reacting in turn.

Arafat’s assigned role was to become governor of an inoffensive Arab statelet. He, however, thought of himself as the second coming of Saladin, the Muslim hero who captured Jerusalem from the Crusaders. The Israeli public was assigned the role of providing democratic assent to territorial concessions that previous Israeli governments had said for 25 years would be suicidal. But the purpose of democracy is to give people a chance to contest their leaders. And Palestinians were given the role of being Arafat’s sheep, with no interests, opinions or prejudices of their own. But Palestinians know otherwise.

Oslo failed for the same reason Israel’s military assumptions 20 years earlier had failed: It assumed a world in which people had no agency, enemies had no cunning and circumstances remained static. The world’s not like that. And while John Kerry was attempting to reanimate the spirit of Oslo before he got distracted by Syria, the Accord must rank as the greatest diplomatic debacle in modern Mideast history.

Until now, that is. The Obama administration has given up on exacting some tangible price on Bashar Assad for using chemical weapons, in exchange for a promise by Russia that it will intervene to remove those weapons.

And so it begins again. We substitute the Concept for reality. We imagine that those to whom the Concept applies will behave as we expect, or demand, or wish. We neglect how the existence of the Concept changes incentives. We lull ourselves into thinking that the logic of the Concept is the way of the world.

And then the Concept blows up in our face. Don’t expect Barack Obama to pay a political price for the latest installment of peace in our time.

The Price of Ignoring Mideast Reality