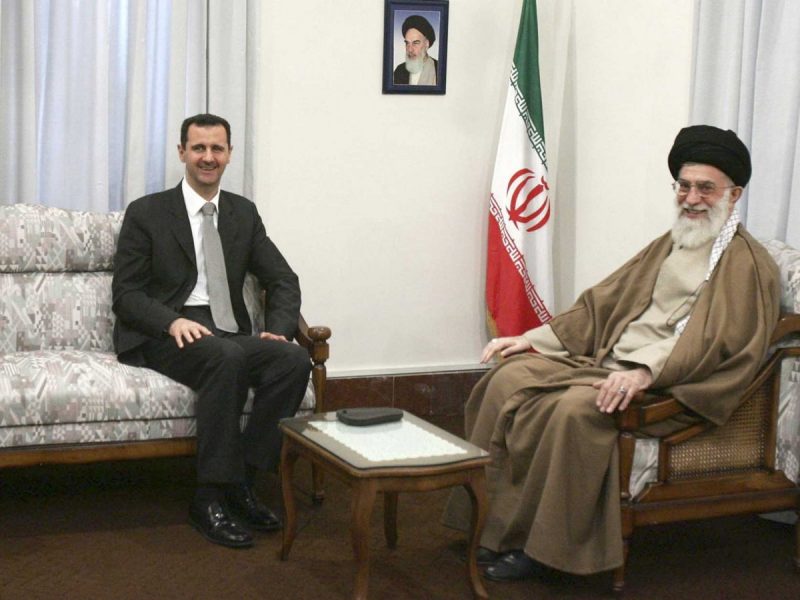 The psychopath Baschar al-Assad has introduced Law 10 to confiscate all refugees’ properties in Syria if unclaimed within 30 days. The law permits Assad to take over lands and properties. Exactly the same way Ayatollah Khomeini confiscated properties in Iran after the Revolution by a company he set-up called Setad. Assad consolidating financial powers just like Khomeini in Iran did.

Titleholders must either provide proof of ownership documents themselves, or ensure a relative does so on their behalf. Otherwise, they face having to relinquish their properties to the state… But with about 13 million Syrians, internally or externally displaced and therefore unable to access their lands, many families face the potential of losing their homes forever.

If you want to retain immense powers, just ask Iranian Ayatollah Khamenei how to do it. He inherited Setad, but turned it into a conglomerate with semi-liquid assets worth a whopping $95 Billion. That should make Jeff Bezos jealous.

Here is an article by The Telegraph, based on a Reuters investigation, showing Setad to be the real source of his power.

Ayatollah Ali Khamenei, Iran’s supreme leader, controls a financial empire worth an estimated US$95 billion (£60 billion) – far greater than the wealth accumulated by the late shah, the deposed pro-Western monarch.

Assets often based on property seizures have been acquired by an organisation called Headquarters for Executing the Order of the Imam [shortened to Setad in Farsi] under Ayatollah Khamenei’s authority and helping to tighten his grip on his power, according to Reuters.

With Law 10, Baschar al-Assad can literally own the country and its people à la Khamenei. Lock, stock, and barrel. If threatened again by the West, this treasure trove might salvage his rule. More so than ISIS ever did.

Not only the refugees lost their homes to forced displacement, but Assad has moved to confiscate their lands and remaining properties. For his own personal benefit just like Khomeini and Khamenei.

Who do we have to thank for this grave injustice? Barack Obama who stood by when Assad was at his weakest, ISIS did not exist back then, and Putin was basking in a Kremlin hot tub. This is what cowardice looks like.