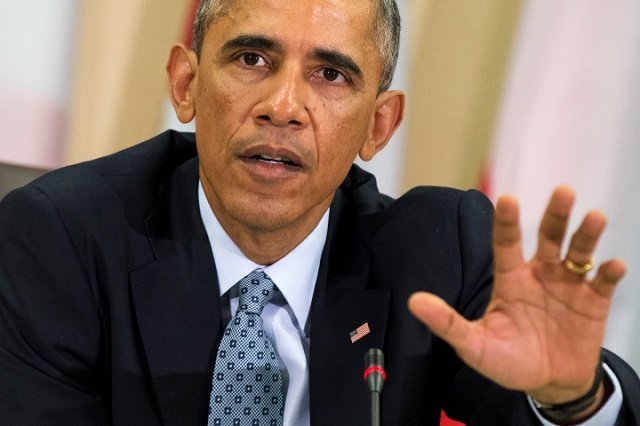 Oops: Turns out the Iran deal breaks the law

October 11, 2015 9:26 am 0
Obama, Kerry surrender Syria and the Middle East to Iran
The Uncontrollable State of Barack Obama
We Still Don’t Know Why Obama Wants Deal With Iran

It’s usually the first warning to someone who’s about to enter into a complicated legal agreement: Be sure to read the fine print.

Looks like President Obama and the team that negotiated the disastrous nuclear deal with Iran didn’t do that. Or, worse still, they did — but hoped no one else would.
Too late for that.

Fox News’ James Rosen reports some senior US officials involved in the negotiations have concluded that a key element of the deal conflicts with federal law and can’t be implemented.

Unless Congress changes the law, that is. But since majorities in both houses opposed the deal, why would they help it now?

Especially since it involves sanctions relief — freeing up tens of billions to Tehran for use in supporting its terrorist allies.

At issue is a provision allowing foreign subsidiaries of US firms to do business with Iran.

Oops: The Iran Threat Reduction and Syria Human Rights Act, signed into law by Obama in 2012, specifies that this can only happen if Iran is removed from the State Department’s list of terror sponsors and the president certifies that Iran has permanently ceased the pursuit of weapons of mass destruction.

Iran has said loudly it won’t stop boosting terror, and the deal doesn’t even pretend to permanently stop it from building nukes.

If the deal were a treaty ratified by Congress, it would be near-impossible to challenge in court. But it’s not a treaty — and this fine-print problem is an open invitation to legal challenge.

Now the administration could just ignore the 2012 law and violate its provisions — no matter that the law is very explicit on the president’s obligation to enforce it.

Or it could try to renegotiate the deal with Iran — but Supreme Leader Ayatollah Ali Khameini says he doesn’t want to talk to Washington anymore about anything.

The State Department says it’s “confident” it has the broad “authority to follow through” on the president’s promises to Tehran.

Don’t bet on it: The serious legal issue here could lead to criminal violations. And Obama can’t just snap his fingers and make it go away.

Oops: Turns out the Iran deal breaks the law