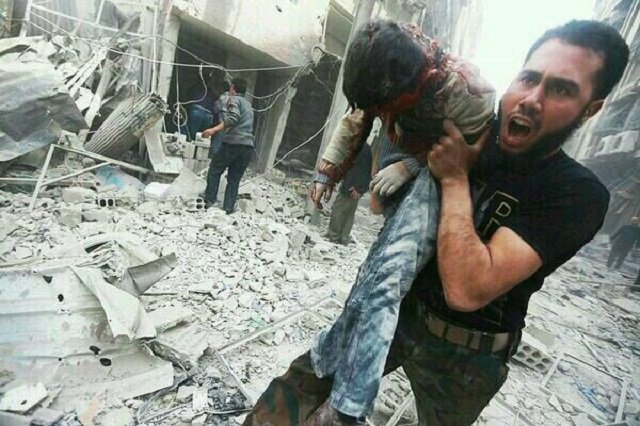 Assad Will Pay for His Crimes With More Terror

October 11, 2015 9:17 am 0
Homs is Burning because It’s not the Strait of Hormuz
Western Intelligence Need to Monitor Assad Shabiha Agents
Striking ISIS and Assad

Assad is a magnet for terror. As long as he is in power, Islamists and non-Islamists will keep coming until he is held accountable for his crimes. The dexterity of Sunni Islam cannot be underestimated, and people who overlook this important element to hail for his Alawism or secularism for fear Syria might fall in the hands of Islamists are blinded by this fact.

It is not about Alawite Syria. It is all about Assad. Any other Alawite leading Syria would become far more acceptable to Sunnis than Assad will ever be after his crimes against humanity, his torture chambers, and the gassing of innocent women and children.

What does it say about Barack Obama when the magnet for terror, his administration agrees Assad is the source, is simply ignored for his atrocities for many years?

What does it say about Barack Obama when he ignored to arm the moderate Free Syrian Army early on before Iran got into the game, and believes in waiting him out on a green with an iron nine in hand hoping for the best?

What does it say about Barack Obama when he recognizes who is the source of terror, yet calls for Assad to stay in power?

It tells us terror has become the most efficient industry to strike fear among voters. Why would Barack Obama want to dilute this fear when it affords him more power and more control?

Assad will pay for his crimes with more terror because America, under Barack Obama, seems to think terror has side goodwill benefits that serve a purpose. Otherwise, why empower the Muslim Brotherhood, why call ISIS a JV terror group, and why not commit the right resources to finish ISIS off and to remove Assad from power?

Had Obama been awake, Syria would not be awash with terrorists today. So the question of whether it was Obama’s incompetence or his desire to see terror spread like locust during his time is a reasonable question to ask.

Assad Will Pay for His Crimes With More Terror

The Significance of the Battle for Aleppo
Of Dead Reporters, Assad, and Pulitzer
Happy Eid El-Fitr to All
Assad Genocide 409