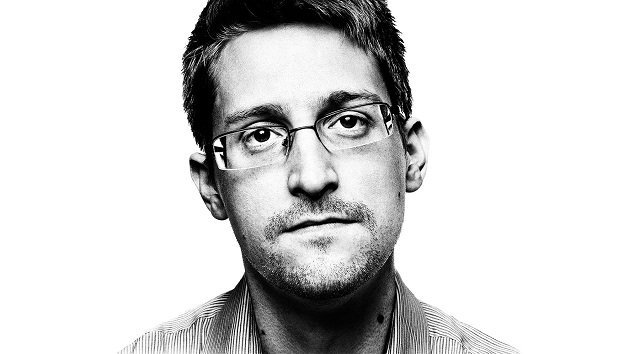 August 2, 2013 12:44 pm 0
The New Danger To Europe Isn’t ISIS. It’s Assad’s Thugs.
Which is Worse: Those who Permit Violence or Those Who Refuse to Stop it?
Shadi Hamid speaks out

Vladimir Putin, the revolving door President of Russia, has provided the fugitive Edward Snowden with a one-year asylum despite impassioned objections by the US Obama Administration.

As a result, Webster’s English dictionary needs to add a new reference to the verb “mock” by including a historical attribution to this echoless international incident. I say echoless because I have yet to read about one US ally call the President to express support. All of our allies are probably saying to themselves “Obama had it coming”.

The US foreign policy towards our enemies is unraveling faster than the knot of a four-year old tied shoelaces.

When you think about it, this pitiful display of US power really began with issuing phony red lines against the Assad regime for its use of deadly gas that killed many civilians and the phony threats to hold accountable the terrorists behind the Benghazi tragedy. These phony threats have culminated in losing Snowden, and for the big Texas-size omelette on the President’s face.

Learning to issue phony threats comes with a price.

Only threats to shut down the US Government or to sequester our economy to spite his real enemies in Congress are ones Mr. Obama is willing to execute. The terrorists always get a free pass.

Worse than losing Snowden is this exercise in futility, I call head scratching, Washington just embarked upon to contain the damage. The question of “what to do about Putin” seems to loom large and the answers are as infantile as tracking Santa Claus in August.

No one seems to be considering why the US lost Snowden in the first place. No one seems to recognize that because the US did not intervene to save Syria in 2011 from the evil of Assad, Hezbollah, Iran, and Putin is the reason why Snowden may become the tip of a giant iceberg soon to crash our US shores.

The terrorists who killed Ambassador Christopher Stevens, Sean Smith, Glen Doherty, and Tyrone Woods are sipping Frappuccinis at outdoor cafes and giving interviews to CNN while al-Qaeda frees their most dangerous prisoners in daylight raids in Iraq.

Time has come to compare George W. Bush foreign policy to Barack Obama’s own foreign policy if you ask me. Time has come to compare the results of Israeli red lines, under the Netanyahu Government, to America’s red lines under the Obama’s Government. Who has fared better in your opinion? Any wonder why Mr. Obama dislikes Mr. Netanyahu, his opposite alter ego.

More importantly though, it is time to ask what in the world is going on with so many setbacks decorating Obama’s legacy?

My suspicion is that America is feared no more because Mr. Obama has turned this nation into a gold fish swimming in a domestic bowl. Everyone by now knows the US, as long as it is steered by Mr. Obama’s own view of the world, has become a welcoming scarecrow with enough bird droppings to look as phony as Mr. Obama’s threats are.

The worst is the knee jerk reaction this US President has to produce to contain the damage that bottomed out when the US killed Osama Bin Laden but since has shot upward like a hockey stick. If Mr. Obama does not act decisively, America will face more difficult diplomatic and military challenges across the globe, and if he does act, his actions have to be significant enough to stop Putin cold, and any future terror attacks everyone knows may increase because America is unable to hold our enemies accountable for their misdeeds.

How significant an action? Help defeat Assad and the Iranian Mullahs to contain the damage of an apparent harmless jellyfish of a foreign policy and to send a message to Putin that no one pushes America. Otherwise, all those phony threats uttered by Mr. Obama will haunt this Presidency until it ends in 2016.

Considering how the Obama Administration is recoiling by shutting down Embassies around the Middle East this coming Sunday, I hold little hope for curing Mr. Obama from the world of fantasy he lives in. Unfortunately, it will fare no better than Mr. Carter’s Administration once the spin runs out its course and Mr. Obama’s rhetoric looks as phony as his actions against our enemies.

Loading...
Newer Post
Did Syria and Iran Instigate the Benghazi Attack?
Older Post
Syria to the US is what the Berlin Wall was to the Soviet Union