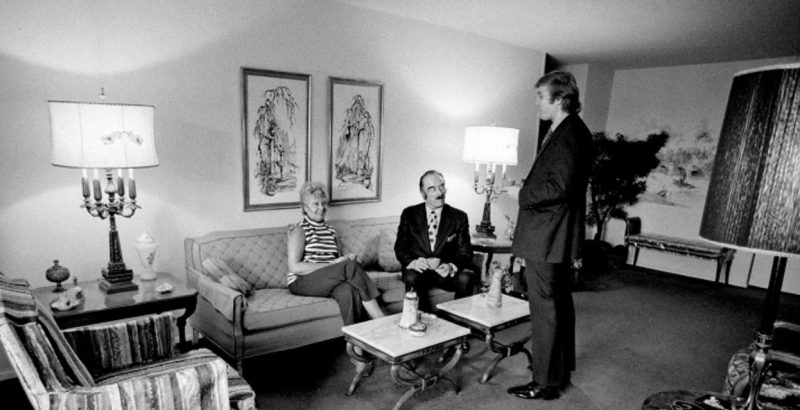 When you write about Trump pros and cons on a piece of paper with two distinct columns, it is hard to ignore Trump low democratic bar harming U.S. interests. What do we really know about a man we entrusted with such immense powers?

We know he inherited a great wealth mostly in the form of some 40,000 slum apartments his father built. In the seventies, slum lords were the curse of America for renting to low-income people. They, then, mistreated by ignoring their own rat-infested living conditions. People like Donald Trump father opened peoples’ eyes to all what has gone bad with extreme capitalism. Any wonder our president hates the poor and the disfranchised, who also happen to be brown and black?

Trump, then, turned these appalling apartments into high flying towers and casinos for the rich because of regulatory changes in 1975. In doing so, he became a real estate developer instead of a real estate holder. Anyone who has to deal with construction in New York knows that you have to live in the gutter. The business is so corrupt, so nefariously ridden with loopholes to skirt the law, it has shaped the Donald Trump we see before us today.

TRUMP IS A FRAUD

If our president is a fraud and a cheat, as Michael Cohen his own personal attorney described him, it is because this is the only world Trump knows. America elected an ignorant and dumb Mafia boss to be our president. No other U.S. president in our history is so much unaware of the world around him as Donald Trump is. What do you expect from a president who tweets his knowledge about putting out fires in Cathedrals he knows nothing about? It’s like your valet garage driver offering advice on treating an open wound.

Trump low democratic bar is harming this country. He is skirting the supreme laws of our land the way a real estate developer in New York ignores fire regulations to save money. To vote for him for another four years not only assures us that Putin is dictating to the American public, but it also lowers the bar even more at the expense of our own freedom.

When George Washington refused to run for President after his second term, he did so because he saw the people’s interests clashing with monarchal tendencies. In 1951, the twenty-second amendment of our constitution corrected FDR running for four-terms even though under mitigating circumstances. The point is, if a president does not respect tradition, as has Donald Trump, it sparks divisive debates in this country. These debates then invite the wolves into our den. Wolves like Vladimir Putin of Russia.

WOLVES AT OUR DOOR

All Putin needs to do is take advantage of Trump’s unorthodoxy to divide this country even further. President Trump is Putin’s trump card to harm America just because the president walks away from tradition and invites one controversy after another. Putin, as much as Trump, thinks our news is fake. Putin, as much as Trump, believes our intelligence community to be untrustworthy. Trump low Democratic bar harms America, and his followers are too dumb to see it.

Trumkp’s refusal to make his finances public, as an example, sets the tone for future presidents to consider the same. Just a perfect scenario for another corrupt politician to take advantage for his own personal good. Think about it. Trump’s actions are opening the door for every future politician, with much to hide, to run for the highest office.

Trump is now setting the low bar other horrible politicians see as an opportunity to snuggle-in their corruption. Is that what Americans want for their country? Voting again for Donald Trump is like shooting your country in the foot.