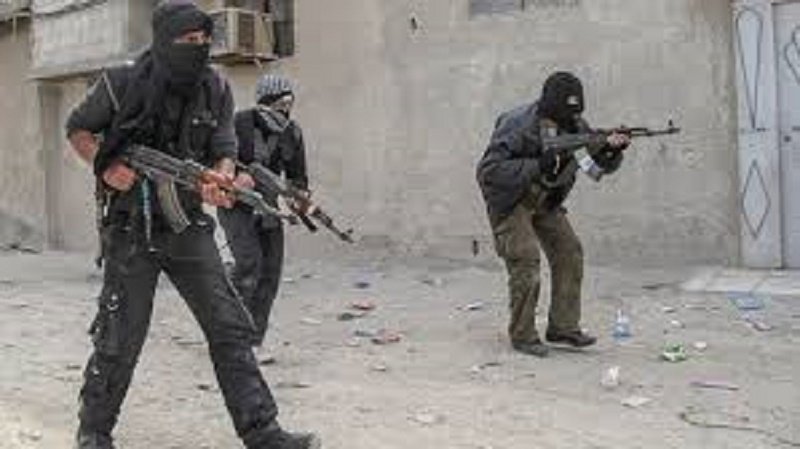 In 48 hours, Islamist terrorists killing forcefully conscripted civilians into the Syrian army have scored more than 60 deaths in some of the deadliest attacks on pro-Assad forces in recent weeks.

The retaliatory attacks are a counter-offensive to Assad bombing the province of Idlib on a daily basis.

[It was] the highest death toll among regime forces since the caliphate was declared defeated.

It was the latest death tally in a civil war that has killed more than 600,000 people since 2011. The civil, war began when the Assadc regime repressed demonstrators against his brutal rule.

Chemical Assad, using WMD, has managed to repatriate around 60 percent of the country with Russian military backing since 2015; however, several regions remain beyond the regime’s control.

These include a large swathe of northeastern Syria held by Kurdish-led forces. The Kurds, with support from the U.S. have been battling ISIS. It also includes the Province of Idlib held by a mixture of Islamists and remnants of the Free Syrian Army (FSA).\

A deal inked last September between Vladimir Putin of Russia and Recep Erdogan of Turkey spared the province of Idlib from further attacks by regime forces. Until the last few weeks when Assad began bombing Idlib daily.

Among the 60 Assad troops the Islamists killed are four Syrian army officers. Officers in the Syrian army are true Assad loyalists, and not forcefully conscripted civilians.

ISIS swept across a large swath of Syria and Iraq in 2014, declaring a cross-border “caliphate” in territory that was once roughly the size of the United Kingdom.

But after various military operations in both countries, ISIS lost the last shred of its proto-state on the eastern banks of the Euphrates last month.

The U.S.-led coalition has repeatedly warned that the battle against ISIS is not over.