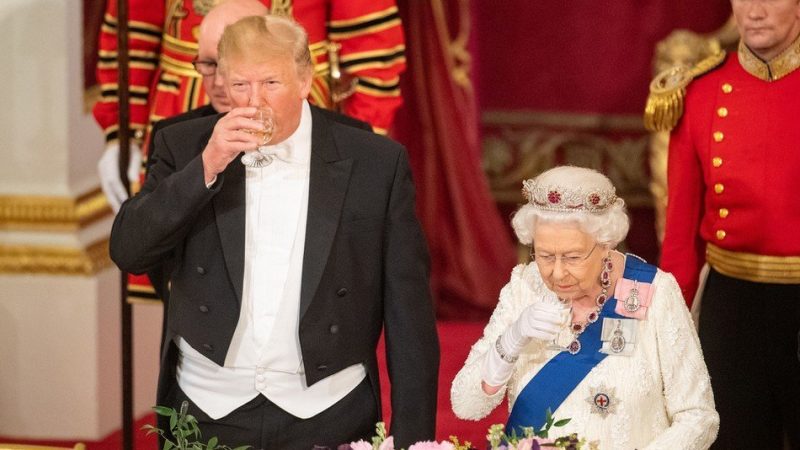 June 5, 2019 2:23 pm 0
Commander of Empty Threats Backs Down on Iran
To Hell With 2020 Starting With COVID and Ending With Trump
Blame the Russian Hack on Barack Obama

Words could be very powerful to motivate and change course of history sometimes. With that in mind, we are happy to announce such moment in history of how Trump stopped Assad massacres in Idlib Province.

It started with a Tweet that had one powerful word. Having a spy inside the Assad regime, we were able to learn what exactly transpired after Assad read Trump’s word. In this Blog, we intend to share what happened to Assad of Syria.

But first, the word. The single word that President Donald Trump wrote in a Tweet that changed the course of Syrian history. This is a story to tell your children and grandchildren about the wonderful time Donald Trump ruled this land.

Let us get to the word before we tell you what happened to poor Assad. Trump tweeted this:

Hearing word that Russia, Syria and, to a lesser extent, Iran, are bombing the hell out of Idlib Province in Syria, and indiscriminately killing many innocent civilians. The World is watching this butchery. What is the purpose, what will it get you? STOP!

We are certain you must have guessed it by now. The word is STOP!

After Assad read it, all hell broke lose in Damascus. Neighbors to Assad living few kilometers away could hear his wailing echo across the Qasyoun mountain. But that is not the real story.

Apparently, after the butcher of Damascus, the man who gasses women and children in their sleep, and who has massacred some 600,000 Syrians, read the word STOP!, he broke down. Utterly and completely. Our spy inside his circles tells us that he went into his bedroom, locked the door, and has been, ever since, sleeping and weeping all the time.

Our spy tells us he heard him ask Trump for forgiveness. This is the honest truth. Assad was begging for Trump to like him. Without hesitation, our sly spy heard him say that he is stopping immediately the attack on the Idlib Province. Ah! the power of the word.

With one word, Donald Trump stopped the Assad massacres in Idlib. This is real history folks! The power of Donald Trump is unlimited. At TFS, we are starting to believe Donald Trump is the real god that created us and never rested, ever since. For him to stop Assad from massacring his own civilians is nothing but the mother of all miracles.

Thank you Mr. President for stopping Assad. Thank you for telling him to stop for which he complied. Syrians will always be grateful to you.

Anyone would like to join us in a petition asking Queen Elizabeth to knight our President on the spot? Tuxedo and all? What do you think of his new title? Sir President Donald Trump.

When he goes to Moscow and Putin thanks him for a job well done, he will come back as Czar Sir President Donald Trump.

Surely he deserves to be sired for stopping Assad with one word.