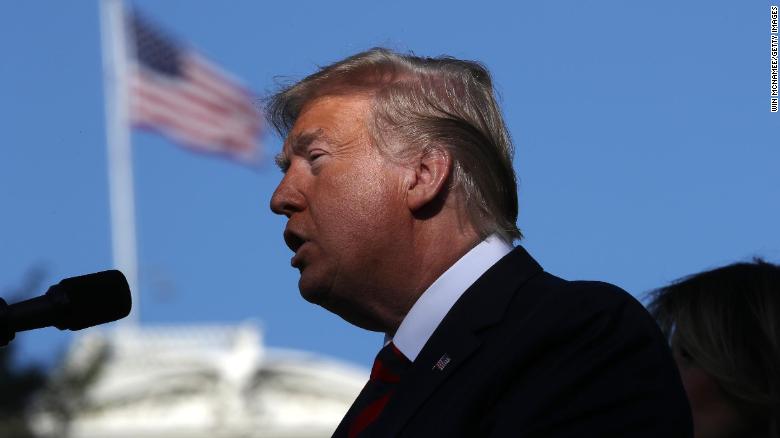 Just imagine, because of President Donald Trump nonchalant attitude towards ethical presidential behavior, that the next President may find Trump’s low bar to set the standard for their own behavior. Suddenly, the White House, one of the most revered American institution, is now on par, behavior-wise, with your favorite strip joint. Call it the Trump strip joint ethics syndrome.

Never in American history has a U.S. President low bar behavior caused America to be the laughing stock of the world. It’s one episode after another highlighting the criminal and corrupt mind of a President oblivious to any ethical standard. Trump’s world is but a jungle grinding his preys with bare teeth while using the logic of a simpleton.

To impeach a sitting U.S. President is a long journey that taxes everyone. Government as well as voters alike. Yet, after resisting the temptation for three years to take this road, Speaker Nancy Pelosi, based on Trump’s own crooked ways, felt compelled enough to seek his impeachment.

And although the arduous task ahead might divide the country even more, one can no longer simply accept the low-bar behavior of this President.

What will the next President consider in the realm of possibilities? Take White House bids from the Gulf countries as if Ali Baba just rubbed the magic lantern for them?

In the interim, his avid supporters, be it the Charlottesville crowd or the clever manipulators who see his dumbness as an asset, might be seething with anger. We believe they need to take the long and elevated view of Pelosi’s decision. Can the country, because of one man, afford to go down the path of unabridged political debauchery that sets the tone for the next generation of Presidents?

Can we afford Trump’s nefarious behavior, in inviting or accepting foreign countries to interfere in our elections, to become the standard by which we conduct the affairs of the country?

What will the next President consider in the realm of possibilities? Auction The White House decision-making to Assad of Syria? Or maybe take White House bids from the Gulf countries as if Ali Baba just rubbed the magic lantern for them?

At TFS, we hope to see Trump impeached for his racism, his bigotry, his lawlessness, and his rotten and rogue personality. And although we agree wholeheartedly with some of his policies, especially on pressuring Iran, we are not willing to short-sell our country because of Trump’s poisonous and repulsive personae.

We hope to see him booted out of office sooner than later. Mike Pence is godsend, whether we agree with his policies or not, as opposed to Trump. This is how low this President has sank.

Mind you, we don’t care much for Joe Biden. The memories of many Syrian-Americans still bristle with disdain for the Obama era in which Biden played a central role. When Obama took a balcony seat, popcorn and all, to watch Assad massacre women and children, Biden polished the chair for him. Both men looked on as Syria burned. Both men were unwilling to exercise any logic to our foreign policy imperatives that led Iran and Russia to expand their footprints at the expense of U.S. interests. There is no love lost for Biden on this website.

However, the impeachment might shake the field enough to usher new faces. Or to give those sidelined by the circus we are about to witness in Washington a new lease to become President. Let us not forget that we have many challengers in the Democratic field, and that many Republican challengers may feel compelled to rise to the occasion once Trump’s behavior becomes so obviously wrong to your average Joe.

In fact, we hope the likes of Mitt Romney sneak into the ring to trump Trump.

Washington is about to explode with mystery and intrigue. Information Trump has blocked anyone from accessing about his corruption will see the light of day. Leaks galore will become the standard for many plugged-in journalists. So, get your favorite lazy-chair all shiny. Your brain is about to hop, with dismay or delight, because of spicier-than-spicy news streaming on your TV.