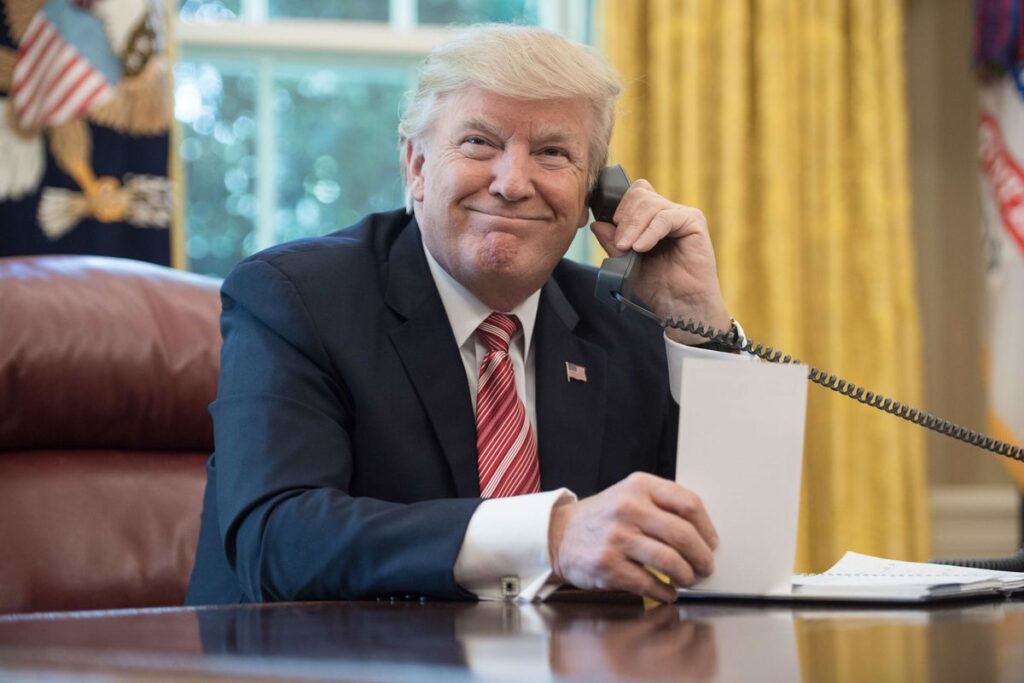 The US Intel community is twisting with pain over something our dumb president said during a telephone conversation with Ukrainian President Volodymyr Zelenskiy on July 25 of this year. It’s hush-hush everywhere in the capital that usually leaks like a sieve. But Falafel knows what Trump Asked Zelensky of Ukraine. So he called on Trump to confirm.

Falafel: Mr. President, my sources confirm what you said or asked Ukarianian President Volodymyr Zelenskiy during your July 25 telephone conversation.

Trump: As I told the fake press, I tell you the same: “It doesn’t matter what I discussed.”

Falafel: But it does matter Mr. President. After all, you asked the Russians to hack into Hillary Clinton’s email server. An act of treason if any other politician dared to cross over.

Trump: Get to it Falafel. What do you know? Who leaked it?

Falafel: “Who” is not important Mr. President.

Trump: Spell it out man. I want to know if Joe Biden will ever get wind of it.

Falafel: My source tells me you asked Zelensky to assassinate Joe Biden on your behalf.

Falafel: Is it true Mr. President? Can you confirm?

Trump: Of course, it is true.

Trump: I was testing the loyalty of the Ukrainian President given Ukraine’s past history with Biden’s son.

Falafel: Is that your excuse?

Trump: Sure is. And you watch, my supporters will go along with it just as they believed I was joking when I asked the Russians to hack Hillary’s email. They’ll swallow anything I want them to swallow.

Falafel: So you intend to call it a test of sort when this comes out?

Falafel: What do you think Speaker Nancy Pelosi would do under the circumstances? Will she acquiesce to impeach you?

Trump: Why would she? It was a test.

Falafel: But Mr. President, you claim it was a test, but it isn’t. You said so yourself.

Trump: It was a test all along Falafel. And the joke is on you.

Falafel looked stunned. In matter of seconds, Trump turned something serious into a joke that he now believes it was REALLY a joke.

Biden better hide because Trump may be out to really assassinate him to get him out of his way.