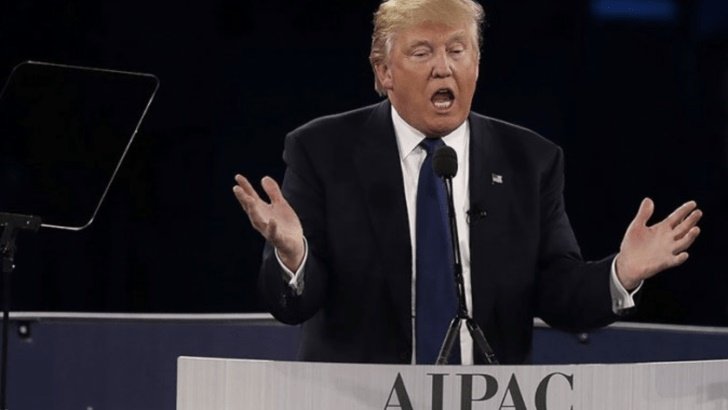 April 20, 2019 1:24 am 0
Trump Obama Moment on Iranian Terror
Martial Law in the United States? Where is Canada?
To Hell With 2020 Starting With COVID and Ending With Trump

UPDATE–With 2020 elections coming up fast, it behooves American Jews to contemplate the state of affairs of our Union in light of a misguided public perception, and the trends that are developing as fast. We believe Jewish American interests served better by abandoning Donald Trump for a second term.

In light of the Mueller report, which might have exonerated the president from collusion with Russia, the report clearly exposed him to probably far worse elements that could be as toxic. Abandoning Trump in 2020 might be the sensible thing to do. The Mueller report demonstrated how corrupt and how stupid our president is. His total disregard for the law is a matter most Americans cannot overlook. All of these weaknesses makes any one group vulnerable for his support the same way white supremacist neo-Nazis are to his.

After all, no one has this inexhaustible capacity to make enemies like Donald Trump. That alone should be a red flag for the Jewish American community in this country. Trump literally drags his friends to the gutter with him without much effort.

WHAT MORE CAN TRUMP DO FOR ISRAEL?

Trump has, during one term in office, done more for Israel than any other sitting U.S. President; with the exception, possibly, of Harry S. Truman who recognized Israel’s birth. Let us take a closer look:

These are highly visible and highly controversial moves other U.S. Presidents shied away from. Even with immense support for Israel. There is nothing more Trump can do for Israel that he has not done already. Therefore, it is a fair question to ask: How are Jewish American interests served better? With Trump in the White House whose weaknesses risk a public backlash? Or without Trump by forcing the pendulum to move center-right, or center-left, towards a more balanced political landscape?

America cannot afford a new term for Donald Trump the same way it could not have afforded another for Barack Obama. One is setting a low dangerous bar for our democracy, and the other ignored our democracy because of his sophomoric ideological obsessions.

ANTISEMITISM IS ON THE RISE

Antisemitism is on the rise in America. Partially due to historic biases; partially due to new public perceptions (i.e. the Sackler family killing people for profits); and partially due to new elected officials who are questioning support for Israel or intervention in the Middle East at taxpayer’s expense. The demon in Donald Trump, combined with his unmitigated stupidity, whips more the effect than the cause. His vulnerabilities become the vulnerabilities of the Jewish community in America if it continues to support him. One must admit that the President has exhausted his idiotic usefulness.

For the reasons above, it serves the American Jews more to abandon Trump today than to extend his lease. This country needs to go back to the days of Bush or Clinton. Otherwise we are looking down the barrel of political orders that are neither kind nor understanding of Jewish history and its complicated persecuting past.