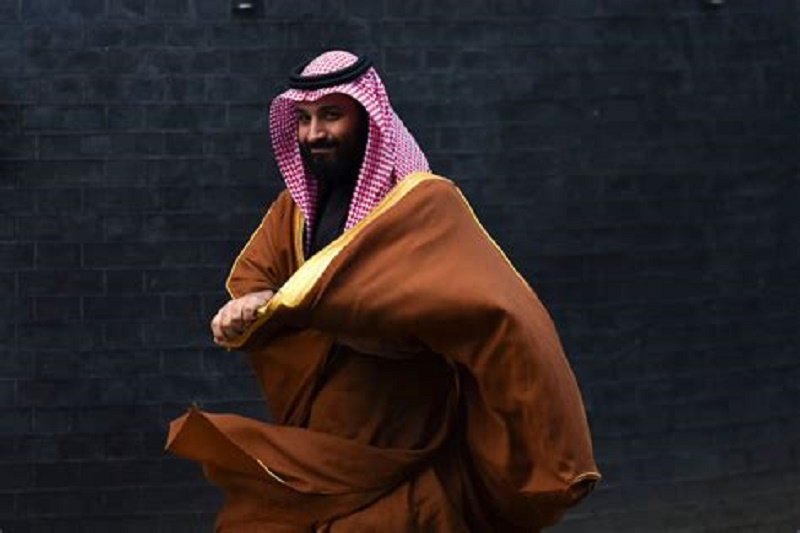 The Committee to Protect Journalists recently issued a press communique calling on MbS to release jailed bloggers he locked-up. What is wrong with thin-skinned men whose evil shivers normal-skinned people? They cannot tolerate criticism, but can tolerate dismembering human beings.

Saudi authorities have not publicly stated any reasons for the arrests, which come as part of a larger wave of detentions since the beginning of April, which have included at least four other journalists, according to CPJ reporting. Al-Saffar and al-Boori have not published in recent years, and al-Hindas’s blog has been dormant since 2018, according to a CPJ review of their writings.

MbS IS A DERANGED KILLER

MbS, behind the killing of Jamal Khashoggi, is a deranged killer who acts more like Assad of Syria than a statesman to his country. His only protector is Donald Trump. Once Trump leaves office, MbS will be deposed. The Middle East can ill-afford more ruthless leaders driving the religious argument for freedom to its extreme.

Unless such plans helps western economies when they wage wars abroad.

Saudi authorities seem intent on locking up any journalist who might potentially have something critical to say about the current leadership. The kingdom’s neighbors and partners must meet this flagrant display of contempt for international law and human rights with an appropriately strong response.

MbS may yet send another team to the Embassy in Washington D.C. to kill and dismember not only his opponents, but Americans that write about his evil deeds.

Hey Donald, when you lose the elections in 2020, MbS is history. American institutions will not permit people like MbS to rise ever again in this region already far too dangerous for American security. Assad helped ISIS to rise, and MbS is helping another religious fanatic organization to rise soon; right under his nose to threaten the region.

It’s cause and effect. Don’t fool yourself into believing fighting the effect will eradicate the cause.

Is Obama beyond recall?
Sanctions Direct Result of Russian Syrian Occupation
In Syria, the enemy of our enemy is still our enemy
Opinions 1006 Western Appeasement 481