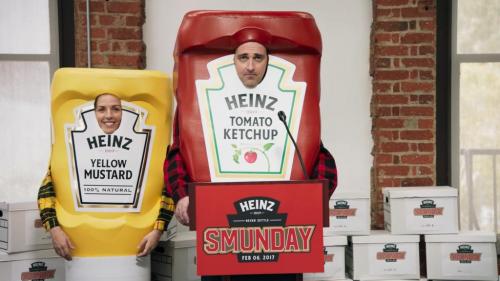 February 28, 2013 10:35 am 2
The costs of Obama’s Syria policy are apparent to everyone but him
When Community Organizers Claim To Be Leaders
Had the GOP Attacked Obama The Way It’s Attacking Trump

The news from Senator Kerry that the Syrian opposition is about to receive the pittance of $60m of non-lethal US aid while Iran and Russia airlift plane loads of weapons, missiles, and manpower to fight against civilians should not come as a surprise. Mr. Obama and Mr. Kerry want Assad of Syria to win desperately a war they claim they support, but in reality feel no obligation towards its end. There is no change of policy in Washington. The Syrian opposition would be foolish to sit again with any US Official in the future if Obama’s ship steers in the same direction. Syrians to defend against Assad SCUDS with Heinz ketchup bottles.

In his remarks, after meeting the opposition, Kerry said the decision taken to support the rebels with the $60m in non-lethal aid was to pressure Assad to resign. Kerry must think Syrians are stupid. What are Syrians supposed to do? Syrians to defend against Assad SCUDS with Heinz ketchup bottles.

By far, this must be one of the cruelest joke ever played against a people suffering untold massacres and miseries with over 70,000 dead, 200,000 being tortured in prisons, and 4 million refugees to include deliberate killing of children and raping of women. If you can think of it, Assad has done it against the people of Syria, yet Obama remains resolute about siding by Putin and the Mullahs in Iran when it comes to a foreign policy that will cost America Billions after Obama leaves office.

According to Kerry, the $60m will, this time around, be provided directly to the rebels as opposed to past US aid, which, we learned recently, has been provided to organizations supervised by the Assad regime. While Assad was killing children and raping women, the US State Department was giving away US taxpayers money to organizations that could very well have funneled that money to acquire lethal weapons with or train more men to kill children and rape women. A big thank you is in order here for the President and Hillary Clinton.

Absolute power corrupts absolutely. Syria is a case in point when it comes to Obama who is almost directing the killing in Syria when he orders all of the US allies not to ship any weapons to the rebels. Regardless whether the US pays for them or Saudi Arabia does. This President will be judged harshly by the writers of history who can distill facts from spin and whose pens will be unaffected by the oratory skills of those making it.

This is what happens when the American public elects a President with no foreign policy experience.

It will not be long before the rebels in Syria break apart this new Hillary-made Syrian opposition or ignore it completely. Facebook is already abuzz with this new attitude.