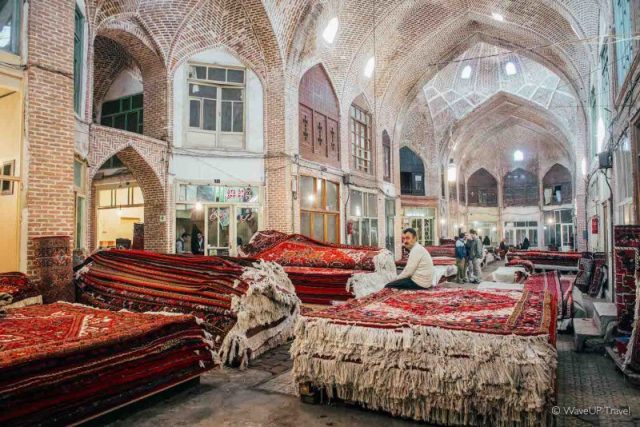 Ketchup in a Carpet Bazaar Do not Go Well Together

March 2, 2013 11:56 am 2
Terror Industry Serves Important Economic and Political Goals
9/11: Time for Million Muslim Men to Shut up
Keep the Pressure on Hezbollah

After the US State Department bequeathed organizations under the control of Assad the biggest part of $385m of US taxpayer’s money in the form of humanitarian aid, Secretary Kerry boasted, two years into the killing in Syria, the US would now provide directly the rebels $60m in US aid. Ketchup in a carpet bazaar do not go well together.

In response, Syria and Iran condemned the US.

“I do not understand how the United States can give support to groups that kill the Syrian people,” said Syrian FM al-Moallem.

He really said that. The foreign minister of the Assad regime gassing his own people.

Syrians are asking the same question about the US State Dept. giving Assad the lion share of the $385m in US aid. Someone at the NEA must like to play tic-tac-toe against themselves.

How elated were Assad and the Mullahs of Iran with Secretary Kerry? So elated they shared a Dabkah and a Jahili together, then, in all seriousness, condemned the US for its double standards. Their man in Washington could not have done a better job of selling Syrians rotten ketchup to go with the immoral pill of abandoning a whole people to the butchery of his barbaric friend with no regrets and no scruples.

Welcome to the deconstruction of America’s leadership and its agenda of freedom and human rights.

Syria is entering the no-return phase. There is no return from the lands carved by the Kurds in the North, no return from an emboldened new form of Jihadism able to implant itself deeply amongst the people in the Levant thru Syria, and no return from a religious war to dwarf all others. The only thing left now is to be a good statistician or observer to learn behavioral patterns and tactics from the death of Muslim fighters and civilians that will serve a good purpose one day.

However, below the public scrutiny, and possibly the intelligence collected, lurk sinister components the West must heed.

Gulf and Arab businessmen with immense funding abilities are coalescing into a new power base to offset against the apathy of Western leaders. Most, if not all, came to their power through political favoritism making them as learned in politics as in commerce. They are directing partially the war in Syria by funding some of the least desirable elements, which is not newsworthy really. What very few people know is they are committing funds also as head hunters, literally.

Information I have collected from different sources claim that $1,000 is paid for very Alawite or Shia foot soldier killed, $3,000 is paid for a trained officer killed, and $5,000 is paid for a Colonel or above. There is a rumor circulating that whomever kills Assad will be the recipient of a $10m bounty. These Sunni Muslim businessmen do not want Syrians to trade their captives the way they traded the 24 IRGC men of terror. They want them executed on the spot by fighters whose families are shelter-less and hungry.

It is an illegal and expedient miniaturized Hague of sort to settle religious scores. In the future, its success could spread and its goals could be far more elastic and far more malevolent. If extreme Muslims could interpret the Koran the way they did, they could justify any death to anyone at any time. It follows in the same path Saddam adopted to reward the Palestinians $25,000 if the Israelis destroyed their homes because of terror, which is another way of saying: Attack the Israelis.

Imagine 20 Hezbollah-like militias running around with different religious or non-religious goals funded by shadowy figures their governments use them the way the US uses a secret line-item budget and whose protection has been guaranteed the way the CIA protects its own budget. Who will stop them? The cocooning Obama?

You think waterboarding is bad. Just wait and see how hazardous clandestine and semi-rogue operations powerful Muslims use to enforce haphazard justice would do to the region. The cave of Ali Baba is about to collapse on the West.

The war in Syria, for all intended purposes, is causing new forms of terrorism the West is clueless about its impact. Given that Obama and Kerry are abandoning the region to the likes of Assad, the US will have little leverage, if any, to curb this kind of damaging behavior in the future. Obama’s policy in Syria is creating this new form of terror and is oxygenating it at the same time.

From a Thousand and One Lessons about the carpet bazaar, the West calls the Middle East, comes this wise saying “Ketchup in a carpet bazaar do not go well together”.

Kerry should have stepped-up to show leadership instead of patting himself on his back for his first act as Secretary of State that we will all come to regret one day. His buddy Assad could not be any happier for this first act by his man in Washington.

Ketchup in a Carpet Bazaar Do not Go Well Together