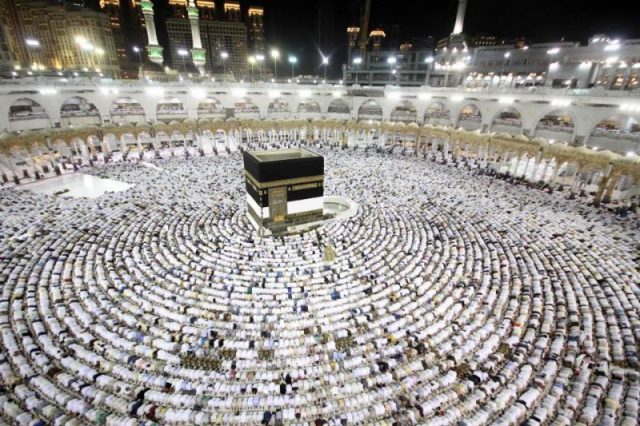 December 11, 2017 1:13 pm 0
Was Obama Syria Policy Partially Responsible for the Benghazi Tragedy?
A Muslim and a Jew in the Desert Meet a Muslim Brotherhood
When Words Become Meaningless

History has a way of twisting things. Might as well twist them to reflect a different reality that demonstrates the folly of expropriating Jerusalem. Instead of Muslims invading Jerusalem and building the Aqsa Mosque over Solomon’s Mount, Let us assume that Jews invade Mecca and build a Temple over the Holy Ka’aba. What would Muslims do?

Jerusalem is mentioned in the Koran but once. In reference to the night of Isra and al-Mir’aj when Muhammad took a spiritual journey into heaven after praying in al-Aqsa Mosque. A Mosque built to cover all Jewish traces and religion. Since when the same G*d approves one of His religions to erase His mention in another religion?

The logic is missing if we all believe in the same benevolent maker. Bu then the Hadith often missed logic.

What would happen if Jews invaded Mecca and built a Jewish shrine to erase all traces of Islam? Muslims would do exactly what the State of Israel has done. Take back their house of worship by persuasion or force. Justice in Islam operates in a divine sense thus making it a crucial cornerstone of our religion.

Where is the justice in erasing the religion of other people worshiping the same maker?

Muslims have Mecca and Medina, as well as many other religious shrines in Syria, Iraq, and Iran, and Jews have but Solomon’s Temple in Jerusalem.

Here is something to think about while we Muslims pick the wrong fight.

One book is published for every 12,000 Arabs while Israel publishes one book for every 1,750 Israelis. Second highest per-capita publisher in the world. Arabs read only four pages of literature a year. Americans read 11 books.

Our fight is against illiteracy, poverty, inequality, and oppression. Not Jerusalem.