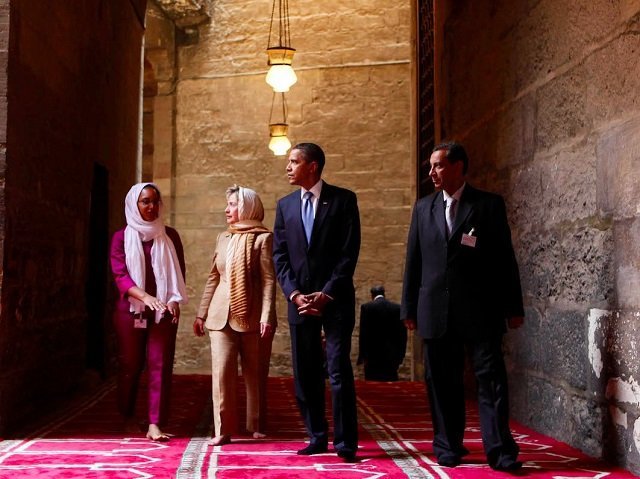 It is Not About Obama’s Muslim Roots

February 24, 2016 7:09 am 0
Confession of a Muslim
Egypt dissolves Muslim Brotherhood
Hang the Muslim Extremists Who Killed the Druze

The American public usually confuses Barack Obama’s policies and actions as those advanced by an extreme Muslim occupying the White House. The truth is that Islam has nothing to do with who Barack Obama is even though he has adopted his father’s Muslim given name. It is not about Obama’s Muslim roots, it is all about Barack Obama’s political ideology that is more anti-religion than people give him credit for.

Early in his campaign in 2008, Obama’s voice was captured blasting devout Christian Americans for “clinging to their religion“. That remark was not intended to juxtapose his “Hussein” religious cap against Christians. His remarks were anti-religious in nature. Period. People who believe Obama is on a Muslim mission of sort are as ignorant about who he is as the people who voted him into office.

Nonetheless, the image of a Muslim Barack Obama who is motivated by Islam persist because the US media in general has ignored this blurry microscopic view for fear it would have to explain its alternative, which would have brought his socialist and communist membership into light; so, the mainstream media went along with projecting Barack Obama, wrongly, as a Muslim President with pro-Muslim contrarian sentiments. Obama, himself, did not help when he chose to fight religious beliefs that opposed his ObamaCare law. One battle pegged the White House fighting helpless nuns opposed to birth control, which many have interpreted as a Muslim Crusade.

It is not about Obama’s Muslim roots.

Today, Donald Trump is projecting and feeding that image of a Muslim Barack Obama shredding our Constitution. His position on barring Muslims from entering the United States is intended to play on the ignorance of the American voter. The rural GOPers who don’t know Eve from Adam. We doubt any future US President would simply bar people from entering the United States based on their religious beliefs because he knows this is a two-way street. Kiss any US presence in the Gulf, or any other fifty countries with a Muslim population, goodbye.

Barack Obama is not a Muslim whose actions are driven by Islam. He is an anti-western civilization zealot using his powers in office to destroy that civilization. Here are three major goals Obama has embarked upon:

It is not about Obama’s Muslim roots. Barack Obama is on a mission to destroy the Western civilization, not to extend Islam or protect Muslims. He will do so if it serves the larger goal. Anyone who believes that it is all about the Islam Barack Obama’s father embraced later in life has no clue what really drives Barack Obama. After all, there is a reason it took him over seven years to visit a US Mosque. He could care less about Islam. It is all about his socialist and communist anti-western agenda.

It is Not About Obama’s Muslim Roots