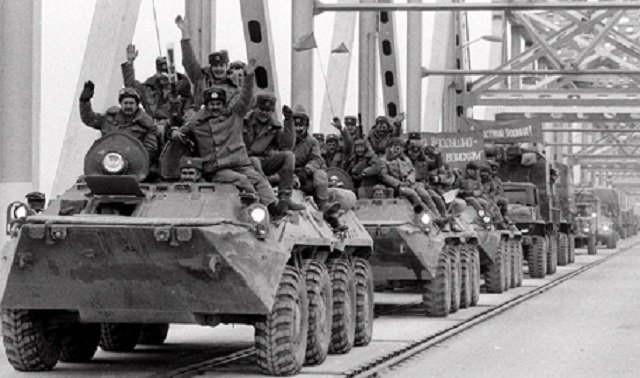 No Western Country Won Against Muslims in Muslim Lands

Since the beginning of modern Islamic terror, which started in 1970’s with the rise of the Khomeini era and al-Qaeda, no Western country won against Muslims fighting in Muslim lands unless aided by other Muslim countries. The Soviet Union lost in Afghanistan, and America’s war in the same country against al-Qaeda and the Taliban was a draw; and so was our war in Iraq using feverish American diplomacy, military power, and the help of the Gulf countries until the ‘surge’ when America scored a victorious end.

The only decisive win was Desert Storm against Saddam Hussein because the US coalition mounted was aided by other Muslim countries, and specifically the GCC countries.

The only exception to this rule was Israel, which won against both Hezbollah in Lebanon in 2006, and on several occasions against Hamas in Gaza without any help from any Muslim country.

Apparently, Vladimir Putin thinks he can, singlehandedly, win his war against the Syrian rebels fighting to overthrow the psychopath Baschar al-Assad when those rebels are being aided and abetted by every Sunni country in the region with the exception of Egypt.

After 70 days of relentless bombardment and the use of the latest Russian weapons with abandon and without any concern for civilian life, this is how Ilya Arkhipov and Henry Meyer described Putin’s precarious position in an article for Business Insider:

With the mission in its third month, Putin is pouring materiel and manpower into Syria at a pace unanticipated by lawmakers already struggling to meet his spending goals. The plunging price of oil is sapping revenue and prolonging Russia’s first recession in six years, prompting the Defense Ministry this week to postpone some new weapons programs.

“This operation will last a year at a minimum,” said Frants Klintsevich, deputy head of the Defense Committee in the upper house of parliament. “I was expecting more from Syria’s army.”

In other words, it is slowly becoming clear to Putin that he may be raising the white flag soon if he is unable to defeat, quickly, both the rebels and the IS whose ranks are brimming with Chechens eager to go back home to continue with their Jihad. Vladimir Putin may find himself forced to choose between his own rule or that of the psychopath Baschar al-Assad come Spring of 2016.

Putin is now bogged down in Syria. Joerg Forbrig, senior program director at the German Marshall Fund of the U.S. in Berlin told Arkhipov and Meyer:

“Putin will be forced to pull in more and more ground troops, further exposing them to attacks and further increasing the likelihood of mission creep. One year is in no way near realistic.”

Ever since the rise of Islamic terror, no Western country won against Muslims fighting in Muslim lands unless aided by other Muslim countries to include the GCC. Something the campaign of Donald Trump better learn fast if Trump is serious about his calls for defeating the Islamic State terrorists in Syria and Iraq.

Putin is fast realizing the value of America’s GCC allies in fighting terror, and the risks Assad may pose to his own popularity at home.

No Western Country Won Against Muslims in Muslim Lands