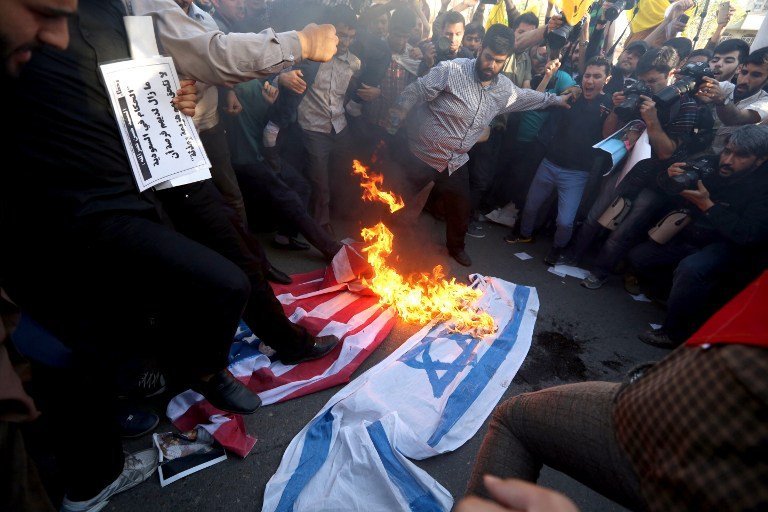 TFS Note: The article “Muslim world must undergo thought revolution” is very accurate if one considers the narrow doctrines Sunnis must follow. But the many Sunni countries today across the Levant, in the Gulf, and North Africa, with the exception of Gaza, which is coerced by Iran, are not pointing their missiles at Israel. The Shiites in Iran and Hezbollah in Lebanon are.

What use is “critical thinking” to Muslims if those critically thinking are the most dangerous terrorists?

“There can only be final peace when the Muslims recognize Israel as a Jewish state and declare an end to the conflict.” There can be no peace between Israel and the Palestinians until there is a “thought revolution” in the Muslim world, former longtime Pentagon official Harold Rhode told The Jerusalem Post Monday.

Rhode cited the doctrine in Islam in which land conquered by Muslims must remain under Muslim rule forever.

This includes present-day Israel, which the Muslims conquered in 637 CE.

“There can only be final peace when the Muslims recognize Israel as a Jewish state and declare an end to the conflict,” he said. “Until then, peace as we understand it is impossible.”

Rhode, currently a senior fellow at the New York-based Gatestone Institute, made the point that independent thinking and personal responsibility were generally lacking in the region.

While it had been shown through testing that some Palestinians have DNA similar to that of Jews, which indicates that, biologically, they are just as capable as Jews, it is Islamic culture, he said, that stifles them.

“Could you imagine a lecture ends and the audience does not ask questions? There are always questions, but rarely in the Middle East,” he continued.

Instead, if someone from the audience asks a question of the lecturer, the speaker will often shame the questioner in front of everyone. That stifles future questions.

“Personal honor is more important than truth,” he explained.

Why is it that Japan and South Korea, which were devastated by World War II, recovered quickly into world-leading economies while the Muslim world has lagged far behind, Rhode asked rhetorically.

“The difference is that one has a Muslim culture and the other does not,” he argued.

Rhode, who has traveled widely in the Middle East during his career, said one of the root causes of the crisis in Middle Eastern civilization is the lack of independent and critical thinking, which he blames on Sunni culture.

The gates of independent and critical thinking (ijtihad) to determine matters of Islamic law were closed around 1,000 years ago by the Sunni leadership, he explained. This threatened the political leadership, which put an end to the practice in the 10th century, arguing that all questions had been addressed in the previous years since the advent of Islam.

“All that was left was ‘analogy,’ meaning that if a new problem arose, the Sunnis had to find a similar situation in the past and apply that decision to the new problem,” he said.

In practice, continued Rhode, “that meant the abandonment of science and non-Sunni sources of knowledge.” This, he said, is what has prevented them from progressing.

“Blame is avoided at all costs in Muslim culture,” he said, adding: “Why is it no Palestinian leader ever admits making any mistakes? They can’t. Sunni Arab leaders need to say: ‘Our approach has failed and we must try another way.’ But culturally, they cannot do this.”

The Japanese did this, but no Sunni society has been able to undergo self-criticism, he said. This is because pride and honor are paramount values.

Asked why he specifically named Sunni culture as suffering from this kind of critical thinking, Rhode responded that Shi’ites observed taqlid, or imitation, which means they need to find and follow a grand ayatollah who is encouraged to engage in critical thinking.