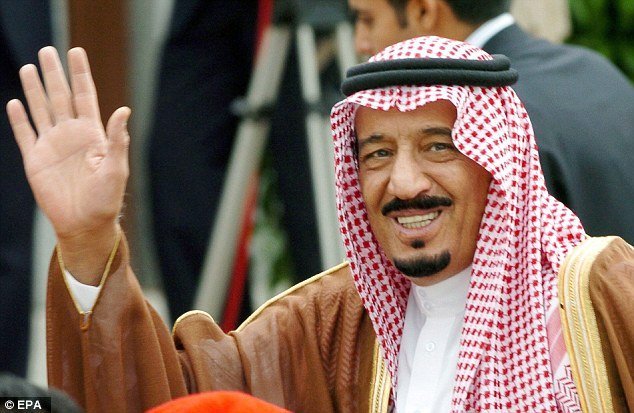 Over a Billion Sunnis Should Economically Isolate Russia

February 16, 2016 6:04 am 0
Russia Will Turn Syria Into Another Afghanistan
Which is Worse: Those who Permit Violence or Those Who Refuse to Stop it?
Russia’s end-game in Syria questioned at Beirut Summit

When Russian bombs deliberately target the Sunni civilian population in Syria by striking hospitals and schools and killing innocent children and women, Russia joins the few criminal entities whose crimes against humanity cannot be just swept aside. The Sunni world must rise to confront Putin’s savagery. Over a billion Sunnis should economically isolate Russia.

Barack Obama’s Iran Deal has united the Sunni Arab world and Putin is presenting Saudi Arabia with a golden opportunity to unite the global Sunni population against those who commit crimes against innocent Sunni Muslims like the ones we are witnessing in Syria today. Muslim leaders from the major Sunni countries should come together to form a new institution whose job is to coordinate with the OIC, The Arab League, and any other institution across the globe to wage an economic war, backed by 1.5 billion consumers worldwide, to replace the United Nations crippling inabilities to protect Sunni Muslims from the onslaught of criminals like Putin, Assad, Nasrallah, Khamenei and al-Baghdadi of ISIS.

The new institution will, with exceptional leaders from across many Sunni Muslim countries like Saudi Arabia, Pakistan, Malaysia, Indonesia and many more, be able to confront egregious criminals the West is unwilling or unable to stop. If Barack Obama wants the Middle East to rely upon its own powers, then the Muslim world must create an economic entity that represent the economic powers of 1.5 billion Sunni Muslims to protect their interests from the criminals the West is unwilling to stop.

It is likely that such an entity would NOT find friendly voices in the West. After all, the power of 1.5 billion consumers can dictate policies that the United Nations, led by only five Western nations, cannot control. However, if the institution’s charter is clear about its only mission, which is to stop mass crimes against Sunni Muslims by any terror country, organization, or proxy, then it would go a long way of possibly being ignored by the West.

Vladimir Putin is presenting the Sunni Muslim communities around the world with a not-to-miss opportunity to coalesce to confront in the future any threats to Sunni civilians the United Nations cannot protect. Once countries like Iran joins the civilized world after a regime change in Iran, then the institution can grow to include any Muslim.

Muslims across the world hunger for ways to protect their communities from unfair and unjust criminals. Today, they find solace in extreme Islam and organizations like ISIS or al-Qaeda. If, however, the Muslim world is able to communicate its frustrations by participating in organized economic sanctions and boycotts instead of organized terror, then it will go a long way in eradicating terror organizations, and the ease with which they are able to attract young Muslims to commit unholy acts of violence.

We can think of many men and women whom King Salman can task with this difficult task of exploring the formation of this new economic institution. One person that comes to mind is Prince Turki bin Faisal whose respected experience and wisdom can mobilize other leaders to join the effort. There are many others of course. In our opinion, they should be very experienced and well-versed in world affairs to avoid the political and diplomatic landmines they may face.

Over a billion Sunnis should economically isolate Russia when gassing, killing, and butchering innocent civilians, as Assad and Putin have done, must not go unpunished and should no longer be tolerated by the Sunni Muslim communities across the world. If the West is incapable of punishing Assad and Putin for their atrocious crimes against children and women, then it is incumbent upon Sunni Muslims to find a way to punish those criminals without resorting to violence or retributions.

Over a billion Sunnis should economically isolate Russia if accessed through technology and a well-organized peaceful institution whose mission is well defined in one line: To stop crimes against humanity perpetrated against Muslims through economic sanctions, then people like Putin and Assad would eventually pay the price for their crimes.

What defines a crime against humanity must pass a very rigorous test to include mass killings only. This narrow definition may break or make the institution. It is important that the mission is well defined and rigorously tested to protect from criminals like Putin and Assad. It cannot, and should not, become an institution whose job it is to serve Muslim justice. If so, it should never get off the ground.

No other country has the compassion for the innocent Syrian civilians dying in Syria like Saudi Arabia has. The country’s leadership has been a source of inspiration to many Syrians. We hope the kingdom continues expanding its footprint on a global basis by organizing and uniting, for peaceful purposes, the disfranchised 1.5 billion Sunnis around the world who are watching helplessly today while Assad and Putin commit crimes against humanity no western country is willing to stop.

Over a Billion Sunnis Should Economically Isolate Russia