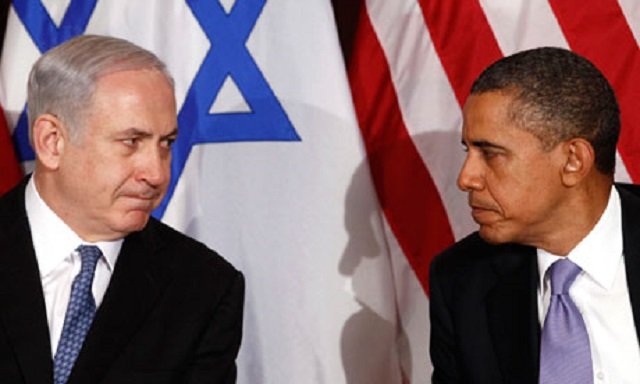 How many allies does President Obama think the U.S. can afford to squander?

Talk to Israelis about the United States these days and you will provoke a physical reaction. Barack Obama is an eye roll. John Kerry is a grimace. The administration’s conduct of regional policy is a slow, sad shake of the head. The current state of the presidential race makes for a full-blown shudder. The Israeli rundown of the candidates goes roughly as follows: “Hillary—she doesn’t like us.” “Cruz—I don’t like him.” “Rubio—is he done for?” “Sanders—oy vey.” “Trump—omigod.”

As for Israel’s own troubles—a continuing Palestinian campaign of stabbings; evidence that Hamas is rebuilding its network of terror tunnels under the Gaza border and wants to restart the 2014 war; more than 100,000 rockets and guided missiles in the hands of Hezbollah—that’s just the Middle East being itself. It’s the U.S. not being itself that is the real novelty, and is forcing Israel to adjust.

I’ve spent the better part of a week talking to senior officials, journalists, intellectuals and politicians from across Israel’s political spectrum. None of it was on the record, but the consistent theme is that, while the Jewish state still needs the U.S., especially in the form of military aid, it also needs to diversify its strategic partnerships. This may yet turn out to be the historic achievement of Benjamin Netanyahu’s long reign as prime minister.

On Sunday, Israeli Defense Minister Moshe Ya’alon publicly shook hands with former Saudi intelligence chief Prince Turki al-Faisal at the Munich Security Conference. In January, Israeli cabinet member Yuval Steinitz made a trip to Abu Dhabi, where Israel is opening an office at a renewable-energy association. Turkey is patching up ties with Israel. In June, Jerusalem and Riyadh went public with the strategic talks between them. In March, Egyptian President Abdel Fatah al-Sisi told the Washington Post that he speaks to Mr. Netanyahu “a lot.”

This de facto Sunni-Jewish alliance amounts to what might be called the coalition of the disenchanted; states that have lost faith in America’s promises. Israel is also reinventing its ties to the aspiring Startup Nations, countries that want to develop their own innovation cultures.

In October, Israel hosted Indian President Pranab Mukherjee for a three-day state visit; New Delhi, once a paragon of the nonaligned movement that didn’t have diplomatic ties to Israel for four decades, is about to spend $3 billion on Israeli arms. Japanese Prime Minister Shinzo Abe, who is personally close to Mr. Netanyahu, sees Israel as a model for economic reinvention. Chinese investment in Israel hit $2.7 billion last year, up from $70 million in 2010. In 2014, Israel’s exports to the Far East for the first time exceeded those to the U.S.

Then there is Europe—at least the part of it that is starting to grasp that it can’t purchase its security in the coin of Israeli insecurity. Greece’s left-wing Prime Minister Alexis Tsipras used to lead anti-Israel protests. But Greece needs Israeli gas, so he urges cooperation on terrorism and calls Jerusalem Israel’s “historic capital.” In the U.K., Prime Minister David Cameron’s government is moving to prevent local councils from passing Boycott, Divestment and Sanctions (BDS) measures against Israel.

All this amounts to another Obama administration prediction proved wrong. “You see for Israel there’s an increasing delegitimization campaign that has been building up,” Mr. Kerry warned grimly in 2014. “There are talks of boycotts and other kinds of things. Today’s status quo absolutely, to a certainty, I promise you 100%, cannot be maintained.”

Except when the likely alternatives to the lousy status quo are worse. Over the weekend, U.N. Ambassador Samantha Power came to Jerusalem to preach the virtues of a two-state solution. Her case would be unarguable if the Palestinian state to be created alongside Israel were modeled on Costa Rica—democratic, demilitarized, developing, friendly to outsiders.

But the likelier model is Gaza, or Syria. Why should Israelis be expected to live next to that? How would that help actual living Palestinians, as opposed to the perpetual martyrs of left-wing imagination? And why doesn’t the U.S. insist that Palestinian leaders prove they are capable of decently governing a state before being granted one?

Those are questions Mr. Obama has been incapable of asking himself, lest a recognition of facts intrude on the narrative of a redemptive presidency. But a great power that cannot recognize the dilemmas of its allies soon becomes useless as an ally, and it becomes intolerable if it then turns its strategic ignorance into a moral sermon.

More than one Israeli official I spoke with recalled that the country managed to survive the years before 1967 without America’s strategic backing, and if necessary it could do so again. Nations that must survive typically do. The more important question is how much credibility the U.S. can afford to squander before the loss becomes irrecoverable.

Obama’s Strategic Patience is Code for F*** America
Iran Sends America a Humiliating Message
Syria to Russia Will Be What Iraq Was to America
Opinions 921 Support U.S. Allies 148