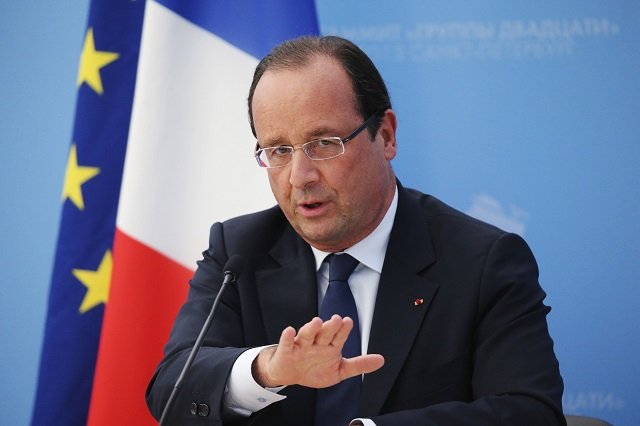 If War Erupts Between Turkey and Russia, EU Would Back Turkey

French President Francois Hollande said on Friday that there was a risk of war between Turkey and Russia over Syria, adding that Moscow should stop backing Syrian Psychopath Baschar al-Assad. If war erupts between Turkey and Russia, Europe would back Turkey because the EU leaders know Putin is attempting to change their political landscape by empowering far-right Nazi political parties to ascend to power if enough Syrian refugees, he is deliberately bombing, are forced to reach Europe.

Russia’s foreign ministry said earlier on Friday that it intends to call a session of the United Nations Security Council to discuss the Turkish government’s statements about a possible ground operation in Syria.

“There is a risk of war between Turkey and Russia,” Hollande told France Inter radio. “There is an escalation.”

“Negotiations must resume, bombardments must stop, aid must come,” he said.

The Turkish military shot down a Russian jet in November it said had breached its airspace while on a bombing campaign in neighboring Syria.

“There must be pressure on Moscow so that we have negotiations. Moscow will not succeed by unilaterally backing Bashar al-Assad.”

Hollande said in the radio interview that he had told Russian authorities: “You are not striking the right spots and you are striking civilian populations, which is unacceptable.”

Turkey, opposed to the government in neighboring Syria and worried about advances by Kurdish militants in Syrian territory, this week had to deny a media report that it had already sent troops over the border.

Turkish Foreign Minister Mevlut Cavusoglu also told Reuters this week that his country, Saudi Arabia and some European powers wanted ground troops in Syria, though no serious plan had been debated.

The Syrian government and its allies, including Russia, must cease hostilities on Friday in line with an agreement made between major powers on Feb. 11, France’s Foreign Ministry spokesman said earlier on Friday.

If War Erupts Between Turkey and Russia, EU Would Back Turkey

Explaining why ISIL attracts Muslims from the US and the EU
Sarkozy: 8,000 Killed in Homs in 3 Weeks
EU Syrian Migrants Are Worth Their Weight in Gold
Putin Terror 426 Syria News 1149