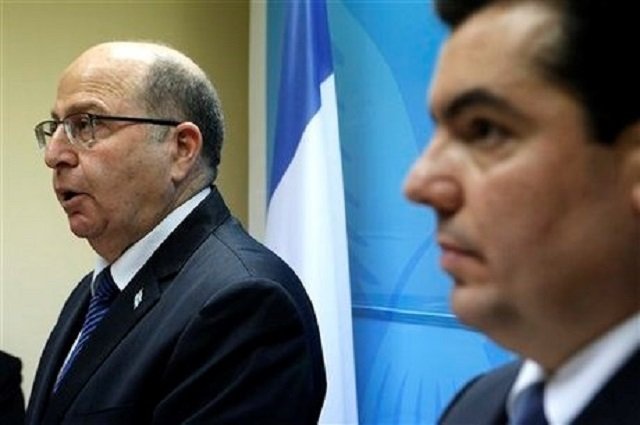 Israel’s defense minister on Wednesday accused Iran of building an international terror network that includes “sleeper cells” that are stockpiling arms, intelligence and operatives in order to strike on command in places including Europe and the U.S. This is how Obama helped Iran build terror networks in EU and U.S. with his Iran Deal.

Moshe Yaalon said Iran aims to destabilize the Middle East and other parts of the world and is training, funding and arming “emissaries” to spread a revolution. He said Tehran is the anchor of a “dangerous axis” that includes Baghdad, Damascus, Beirut, Sanaa and other cities in the region.

After talks with his Cypriot counterpart, Yaalon said:

“The Iranian regime through the Iranian Revolutionary Guard corps is building a complex terror infrastructure including sleeping cells that are stockpiling arms, intelligence and operatives and are ready to act on order including in Europe and America. The Iranian appetite to arm terror organizations that obey them, including Hamas and Hezbollah, will grow. The Iranians are trying to arm Hezbollah all of the time, including attempts that have occurred recently.”

Israel considers Iran the biggest threat to the region, citing its support for anti-Israel groups like Hezbollah and Hamas, and has been an outspoken critic of the international nuclear deal with Iran.

The Israeli defense minister offered no direct evidence of such sleeper cells existing in the U.S. or Europe, but referred indirectly to the case of a Hezbollah member who was jailed in Cyprus last June following the seizure of nine tons of a chemical compound that can be converted into an explosive.

A Cypriot court sentenced Lebanese Canadian Hussein Bassam Abdallah to six years in prison after prosecutors said he admitted that Hezbollah aimed to mount terrorist attacks against Israeli interests in Cyprus using the ammonium nitrate that he had been ordered to guard at the Larnaca home of another official of the Iranian-backed group.

Yaalon said Cypriot authorities had “defeated attempts by Hezbollah and Iran to establish a terror infrastructure” on the island that aimed to expand “throughout Europe.”

Yaalon said that apart from the refugee crisis, the war in Syria has resulted in “widespread infiltration by murderous, merciless terror organizations” that belong to global jihad and are partly funded by Iran.

He said that requires western nations to counter attempts to carry out “massive terror attacks.”

Yaalon’s trip to Cyprus was the first official visit by an Israeli defense minister to the east Mediterranean island.